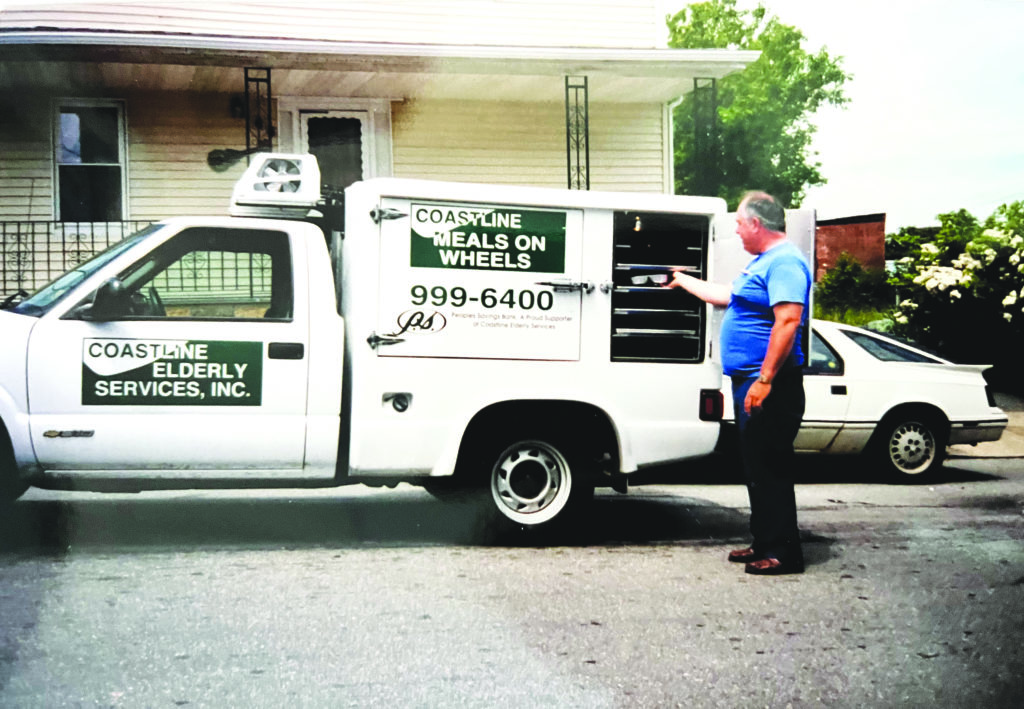 Coastline Nutrition Director Philip Beard sometimes compares the organization’s Meals on Wheels operation to the U.S. post office’s role. It may not be fancy or showy, he says, but it gets the job done day in and day out, providing a service that is relied upon by millions.

Beard runs Coastline’s meals program which provides more than 400,000 nutritious meals each year to seniors living at home as well as to group sites across the South Coast. For many older adults, that meal may be the only warm food they’ll eat that day, and the driver the only person they’ll speak to.

Older adults who have become frailer with age or have medical problems cannot always provide for themselves, Beard said, noting he hears from seniors that they are too tired to stand in front of the stove to be able to cook, or that they’re not able to shop for groceries for themselves.

With Coastline’s meals program, they can sign up for home delivery every weekday without needing to meet income requirements. It is also free, with only a $2 voluntary donation request that many choose to contribute.

Programs like Coastline’s, which exist across the country, are being celebrated this month, as the nation’s senior nutrition program turns 50 years-old. The anniversary is being met with a focus on educating people about the program and its successes and working to keep support strong for future work combatting senior malnutrition and isolation.

Regional from the start

Coastline’s Meals on Wheels program has been in operation since the early ‘80s, but it got its start in New Bedford almost a decade before.

“This was a time when social services were evolving,” said Maria Connor, president of the Dartmouth Friends of the Elderly and a retired Coastline nutrition director. “Some places didn’t have councils on aging yet and there were no home care programs.” 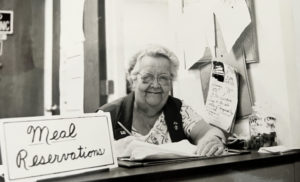 The nutrition program became a cornerstone of those programs, she said.

Nationally, President Nixon’s amending of the Older Americans Act made nutrition programs a reality in 1972 and it’s that anniversary date, 50 years ago this month, that is being celebrated across the country.

Connor was a local program presence almost from the start. She was hired during the 1970s to do community outreach for the city, including working with then director of nutrition David Alves. Even then, the program was regional, she said, delivering meals in local towns as well as in the city. It worked, in part, because they collaborated with local churches, housing sites, and other organizations in each community.

The program grew quickly, Connor said, not just as an initiative to support better nutrition, but as a way to bring older adults together for social interaction. The entertainment provided – including live music, community plays, and trips to Lincoln Park – also helped bring more seniors into the program.

“We explored every means to bring (seniors) out of the house,” said Connor. “There’s nothing worse than having seniors these days being like a shut-in when there’s no need for that.”

Before the pandemic, nearly 9.7 million seniors were threatened by hunger, 5.3 million of which were considered food insecure or very low food insecure, according to Meals on Wheels America, a national organization supporting more than 5,000 community-based programs that address senior isolation and hunger. Those numbers have grown since then with more seniors experiencing hunger and/or social isolation now, it said.

In addition to physical obstacles, half of seniors living alone also face financial ones, lacking the resources to pay for their basic needs like food, according to MOWA, which estimates the economic strain of these conditions nationally is $51 million.

If there’s a secret ingredient to the success of Meals on Wheels, it’s the drivers.

Drivers are Coastline employees who work for several hours a day around lunchtime delivering meals home by home. Because they see their meal recipients five days a week, they get to know them and become familiar with their habits and patterns, Beard said.

They’re often the first to spot when something is wrong. Perhaps they see a walkway that isn’t shoveled or mail that hasn’t been picked up. Other times it could be the person’s disheveled physical appearance that concerns them or even injuries such as being bruised or having a black eye.

Because drivers visit regularly with a smile and a meal, people also tend to be more open and less anxious about these interactions than they might be with a home care assessment person. That means referrals from drivers are an important way to get a senior the help he or she needs.

“We’ll make referrals out (to other programs) because 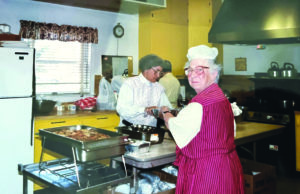 Connor said she observed firsthand what Coastline drivers mean to older adults when her sister-in-law was struggling with arthritic hands in her later years. Connor noticed then how kind the meals drivers were to her and how they took the extra time to open the packages for her when she could not.

“They’re my heroes,” she said.

Now 50 years strong, Meals on Wheels programs are looking to the future.

At Coastline that means keeping what’s best about the program and making improvements where needed, according to CEO Justin Lees.

Lees said Coastline is considering ways to give meal recipients more choice when it comes to their meals as well as adding more ethnic foods including Portuguese favorites.