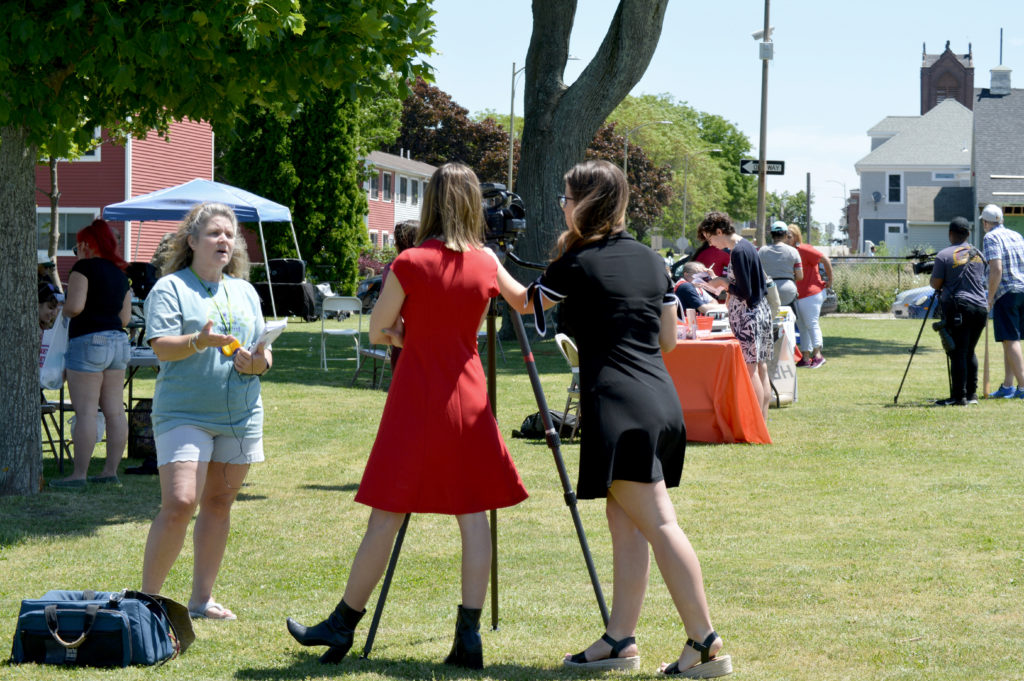 A local TV news stations interviews Michele Paul, Director of Resilience and Environmental Stewardship for the City of New Bedford.

A new initiative in the City of New Bedford is taking a proactive approach to climate change with a plan that approaches the problem from numerous angles.

NB Resilient is a climate action planned aimed at preparing the public for the impacts of intense storms, extreme heat and flooding. Rather than focusing exclusively on infrastructure, the plan takes a broad approach, encouraging people in the community to organize and prepare before disaster strikes.

“We want to make sure that everyone in our community is prepared,” said Kim Lundgren, CEO of Kim Lundgren Associates, a consulting firm working on the project. “I think everyone remembers Hurricane Sandy from a few years back. That was a near-miss for the Boston area. There were people in New York and New Jersey that went without power for two weeks.”

The plan, which has been in development since last year and was made possible through grant funding through the state, features six broad areas of focus: climate and energy, the economy, infrastructure, natural resources, public health, and transportation.

The NB Resilient plan took a person-centered approach, intentionally seeking input from members of the community to see what their needs are. On June 15, the team working on NB Resilient held a “Community Day” event at Magnett Park in which the public could learn about the plan, express their concerns and receive public safety information from numerous city departments who ran booths during the festivities.

“It’s about making sure that our community members are informed, are actively engaged and understand what it means to be prepared,” Lundgren said.

Michele Paul, Director of Resilience and Environmental Stewardship for the City of New Bedford, said the project began by examining how climate change has already impacted the city, how future projections might harm the city and what actions need to be taken to withstand those challenges.

“Every community is different. We’re not going to prepare for climate change the same way as Boston or Worchester. We don’t want to copy somebody else’s plan,” said Paul.

Earlier this year, NASA scientists declared 2018 the fourth warmest year since record keeping began. Researchers have tracked the planet’s average surface temperature for nearly 140 years, and the data indicates that the past five years have been the hottest on record.

Earth has endured periods of higher and lower average temperatures than the current average. But the sudden spike in temperatures over a relatively short period of geologic time is new. This abrupt warming has occurred alongside humans flooding the atmosphere with greenhouse gases, such as carbon dioxide.

Climate change results in more than just intense heat waves, however. Scientists have linked the stronger and more frequent hurricanes and wildfires of recent years to climate change. The U.S. Navy has warned for years that sea level rise could pose a national security threat as coastal bases could be submerged underwater in the decades ahead.

“What I can tell you as a scientist who’s been working on this for twenty years: the only thing the science has been wrong about is how fast it’s happening,” said Lundgren. “These changes are happening. We’re already seeing them.” 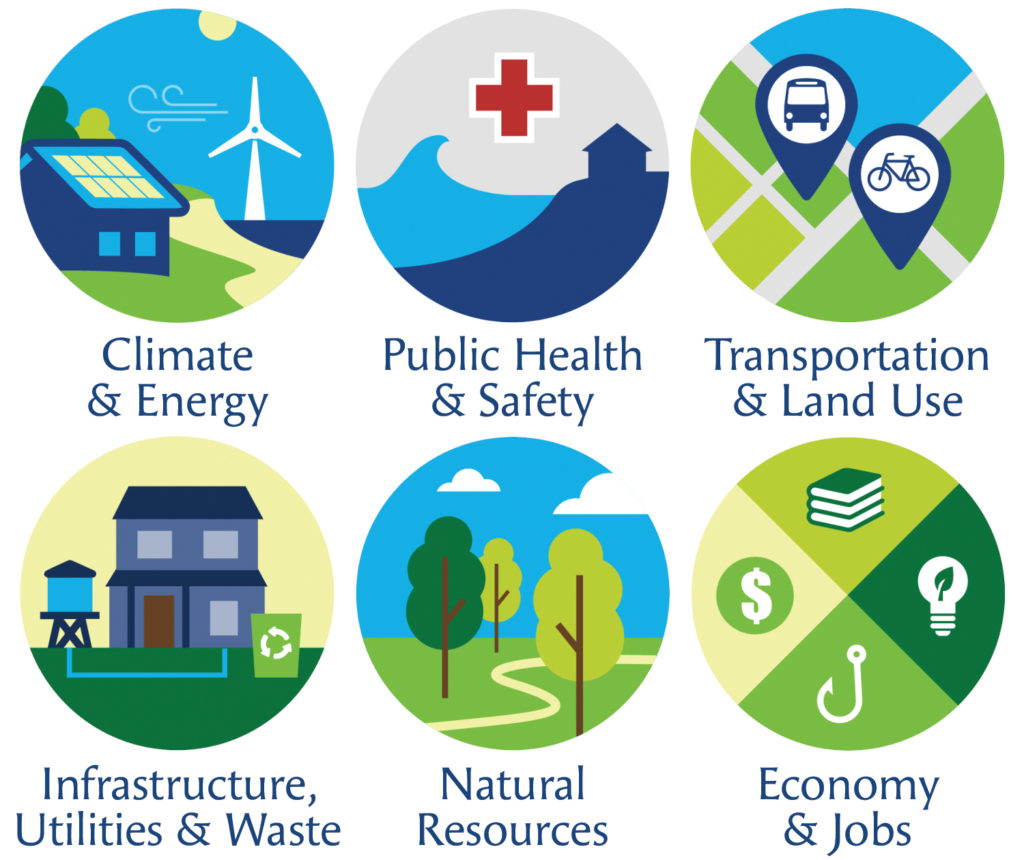 While climate change affects everyone, older adults are especially hard hit. Stressors, such as limited mobility, poverty and declining health, are exacerbated during an emergency. Leaving home to seek medication or food can become impossible if the streets are flooded or packed with snow.

“We want people to be able to know when something’s going to happen and to be able to be ready for that,” said Paul. “One of the ideas we had heard about from other areas is something called a ‘resilience hub.’”

A resilience hub is something of a reimagined emergency shelter. Rather than being a place where people visit only in the event of an emergency, the resilience hub would be more akin to a community center – a familiar place where people could gather for information, disaster relief and comradery. By integrating the hub into an existing community center, people would likely feel more comfortable spending the night there should the need arise.

Lundgren said there are few examples of resilience hubs throughout the country, and, because the concept is so new, it could help secure funding. Part of NB Resilient is to develop business plans that could help such centers remain operational after they’re established.

The NB Resilient action plan will be heading off to the state for review at the end of June. Citizens will be able to view the plan online at nbresilient.com.

In the meantime, Paul said one step New Bedford citizens can take right now to better prepare for an emergency is to sign up for NB Alert.

NB Alert, which uses the CodeRED Alert system being widely adopted by municipalities throughout the state, can help citizens stay on top of everything from evacuation notices to parking bans. The system can send notifications to residents through phone calls, text messages, emails or via social media.

If you miss the message, you can call the number back to hear the message. The system will also leave a message on your answering machine or voicemail should you miss the call.

For questions about NB Alert or CodeRED, contact New Bedford Emergency Management at 508-961-3060.

You can sign up for NB Alert by clicking here.

CodeRED also maintains a mobile app, which you can download by visiting onsolve.com/crmobile on your smartphone.