Abuse Can Happen at Any Age 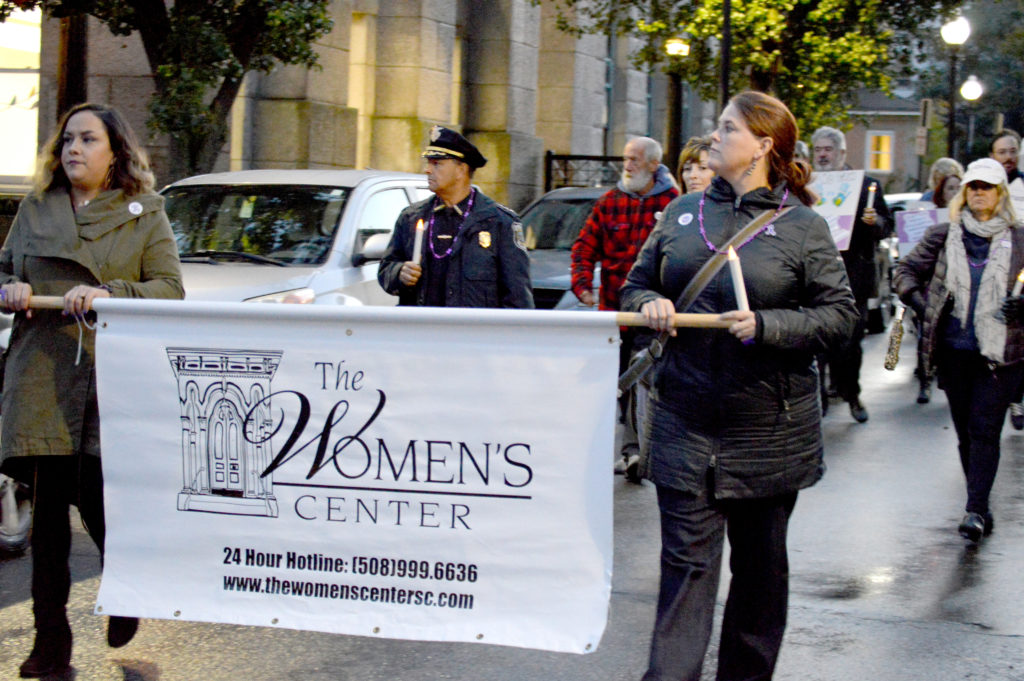 The Women’s Center hosted a candlelight vigil on Oct. 23 for victims and survivors of domestic violence, where participants marched from New Bedford’s City Hall to the Unitarian Church on the corner of 8th and Union Street. The event drew a crowd of people of all ages. The Women’s Center’s 24-hour hotline is 508-999-6636.

This article originally appeared in the November 2018 edition of Senior Scope. Article and photos by Seth Thomas.

On Oct. 23, The Women’s Center hosted a candlelight vigil for victims and survivors of domestic abuse, where participants marched from the steps of New Bedford’s City Hall to the nearby Unitarian Church on Union Street. The event drew a diverse crowd, ranging widely in age, which reflected a point that organizers made during the gathering: abuse can happen to anyone.

Earlier that day at the Dartmouth Council on Aging, representatives from the Center joined the Bristol County District Attorney’s Office for an informational event highlighting the specific ways that domestic violence can enter and alter the lives of older adults — and the ways that bystanders can wrongly assume that abuse does not occur among the elderly.

“The media tends to portray domestic violence and sexual assault as a young person’s problem,” said John Silva, an outreach specialist at the Women’s Center. “Historically, older people have not been considered potential or actual targets of sexual assault, and the result is under-identifying victims and underserved victims.”

There is no age limit to becoming a victim of domestic violence or sexual assault, he said. People of all ages, genders, backgrounds and sexual orientations can be abused. Domestic violence, whereby an abuser demonstrates a pattern of coercive behavior to a victim to maintain a power imbalance, can be perpetrated against someone who’s healthy, ailing or disabled.

Under Massachusetts law, the definition of elder abuse includes physical, sexual and emotional abuse as well as neglect by a caregiver, self-neglect and financial exploitation.

Jacquie Gomes, Legal Advocacy Program Manager for the Women’s Center, said domestic violence among elders tends to have the same dynamics as it would within the 18 to 59 population. Most of the perpetrators are an intimate partner, which is defined as any close interpersonal relationship, not just a romantic connection.

Similar to younger populations, instances of elder abuse tend to involve drugs or alcohol at the time of the event, and many abusers have a past criminal record.
However, there are also ways in which elder abuse is unique. 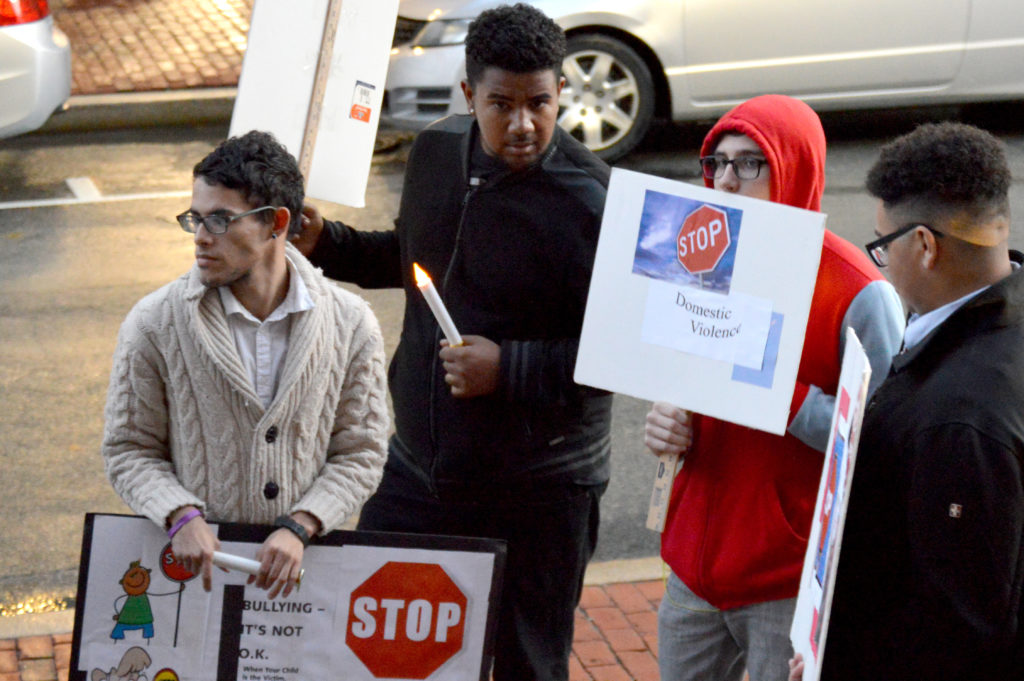 “Many older victims may have survived multiple victimizations over the course of their lives,” said Gomes. “Minimization and denial are seen across the board with domestic violence, but it can be magnified all that much more when you have an elderly victim.”

And that becomes a major obstacle in the court system. Assistant District Attorney Zachary Mercer of District Attorney Thomas Quinn III’s office said most victims do not want their abusers to go to jail. Elderly victims, he said, are afraid to be left alone and could be dependent on their abuser in some way.

He stressed that coming forward with a case does not necessarily mean that an abuser will end up in jail for long stretches of time. The main goal, he said, is to ensure that the abuser doesn’t re-offend. Punishment may take the form of probation, classes or interventions.

For those who suspect someone is experiencing an abusive situation, understand how difficult and complex the situation may be for the victim. Don’t make assumptions, don’t confront their abuser or tell the victim what to do.