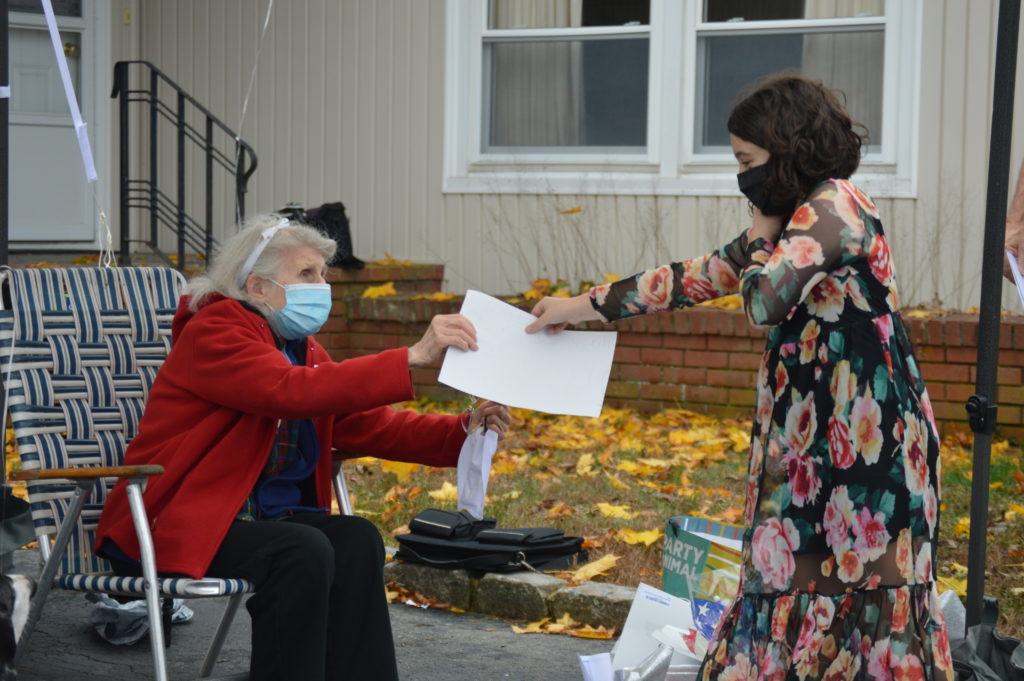 Christine Bean receives a card as a parade of cars pass by her home in Dartmouth to celebrate her 100th birthday on Nov. 11.

With her family beside her, Christine Bean sat beneath a tent in her driveway and waved to a long line of cars passing by her home in celebration of her 100th birthday. A group of Christine’s friends, family, and neighbors, as well as a group from the Dartmouth Council on Aging, met at the Dartmouth Middle School on Nov. 11 before driving past Christine’s home, honking their horns and leaning out their car windows to wish her well.

An officer from the Dartmouth Police Department parked her cruiser long enough to hand deliver a bouquet of flowers. The officer said, “Happy birthday, sweetheart,” before firing up the cruiser’s sirens in celebration.

Her son, Jim Bean, helped organize the drive-by party, meant to keep everyone safe and distant in the midst of a pandemic. The event was topped off with a Zoom call later that evening, allowing Christine’s son who lives in Washington D.C. to take part.

Long before Christine became a centenarian, she was best known for her art. She had previously taught sewing classes at the Dartmouth Middle School before leaving that role in the late ‘70s to pursue painting. She became part of various art groups, and Jim said both his parents would travel often, each pursing their passions.

“Every summer they would find an artist that she was interested in,” Jim said. “She would paint all week, and he would fish all week. She has studied with many different artists.”

She would eventually invite students to her home studio to pass on her knowledge.

“I still paint every Thursday, whether there’s anybody there to paint with me or not,” Christine said before the cars arrived and a line of well-wishers started honking. “For a long time, I’ve been painting with a friend, who would paint outside on my back porch. But now it’s getting too cold for that.” 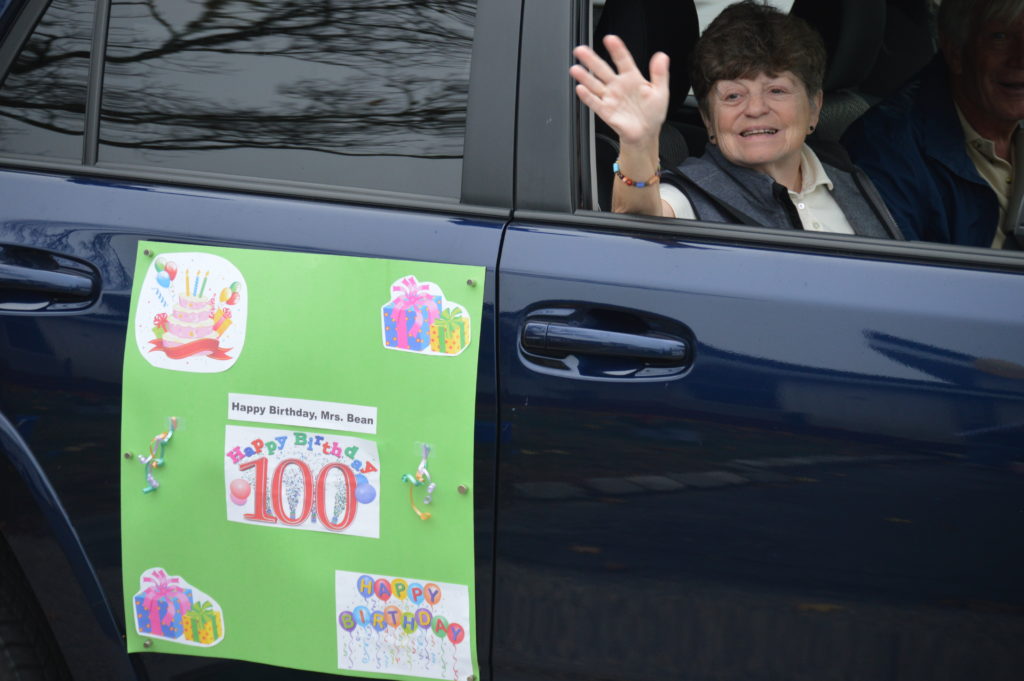 Cars decked out with well-wishes for Christine Bean pass by during Bean’s 100th birthday party.

She participated in the South Coast Artists Open Studio Tour well into her 90s. The Open Studio Tour gave locals the opportunity to visit artists in their studios and watch them work on a piece and ask questions.

Her advice for aspiring artists?

“Find what you like to do and keep doing it,” she said. “Either you’ll improve, or you’ll decide ‘this isn’t for me’ and you can find something else.”

As an example, she said she experimented with pastels for a time, before returning to watercolor. “Pastels are too messy,” she quipped.

During the birthday parade, a few passersby stopped to place gifts in a pile several feet away from Christine. A group of former neighbors arrived on the scene in custom T-shirts that spelled out “100.”

Despite the pandemic and the restrictions it placed on her having a normal birthday party, Christine was delighted to be able to celebrate. 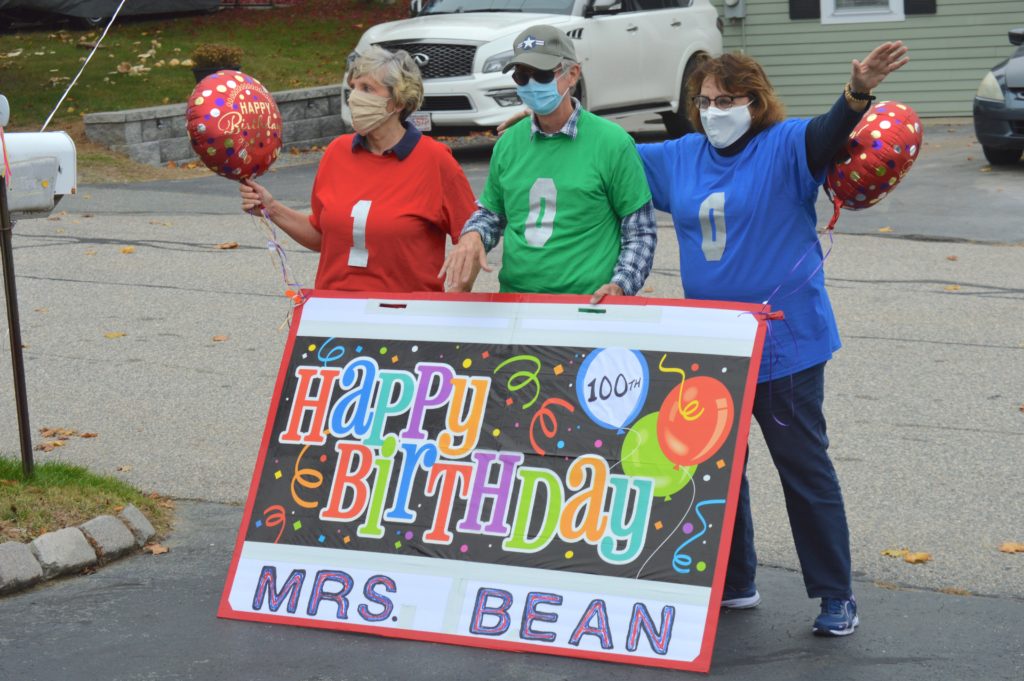 Shari, Dana and Linda, Christine’s former neighbors – and friends for more than 50 years – arrived at the scene with a custom sign and custom T-shirts that spelled out “100.”