Staying Social During the Era of Social Distancing 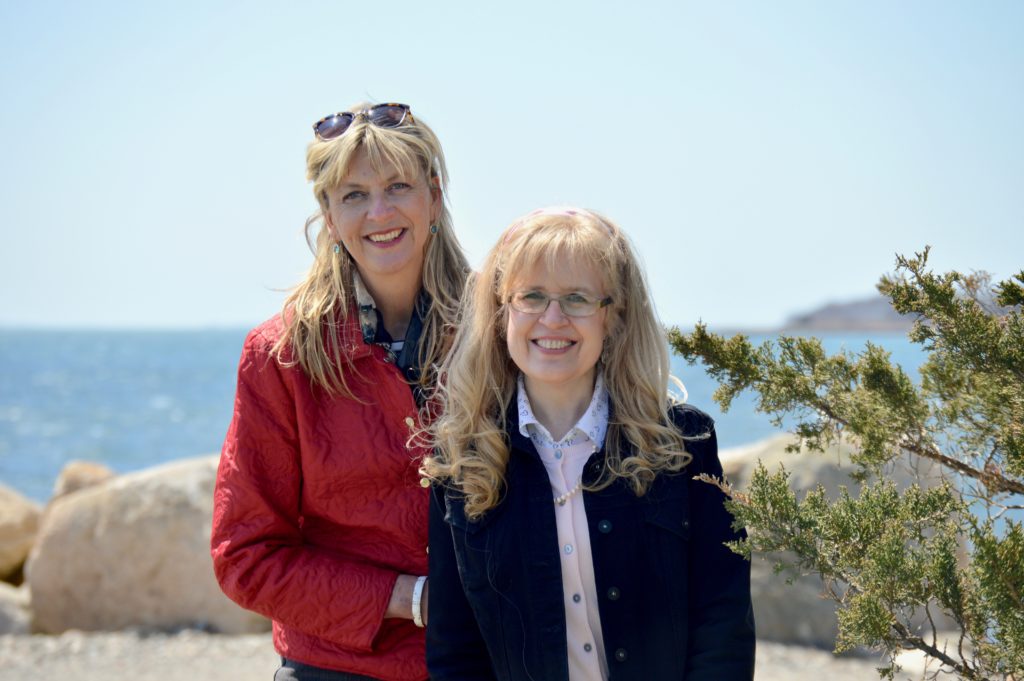 Kari Star (left) and Lisa Yauch-Cadden, both speech-language pathologists, facilitate a course called Brain Builders, which helps participants practice communication and memory skills through socialization and activities. During the pandemic, the course transitioned online and is now offered over Zoom on Monday mornings.

This article originally appeared in the May 2021 edition of Senior Scope. Article by Seth Thomas.

Not long after logging on to the Brain Builders class, an ongoing, online course that helps participants with communication and memory skills, it’s immediately apparent that the atmosphere will be more fun than formal.

During a Monday-morning session held on April 19, about 20 participants were divided into smaller “breakout rooms” in Zoom. The groups had planned to review a homework assignment from the previous week.

The assignment, which was a word puzzle, became a conversation starter and prompted the instructor to teach smaller, related lessons. In one breakout room, the group practiced how to give out and record a phone number – and how to ask someone to slow down if they were rattling off digits too quickly. There was also a pop quiz, stretching the students’ memories as they tried to recall the official state bird and flower of Massachusetts.

As the conversation continued, you would hardly know that along the way you were learning practical, real-world skills for better communication.

The exact topic of each class depends largely on the specific interests and needs of the group. By taking a broad approach, the class felt spontaneous and engaging.

“When you think about all the things that are related to cognition and thinking, there’s a lot of functional skills. That includes problem solving, organizing, managing a schedule or a bank account,” said Lisa Yauch-Cadden, a speech-language pathologist who co-facilitates the Brain Builders course. “We can help people with anything that involves reading, writing, language or thinking.”

The classes are instructed by two speech-language pathologists from Buzzards Bay Speech Therapy, a South Coast-based private practice that provides evaluation and treatment for children and adults with speech, language, swallowing and cognitive problems. Yauch-Cadden said that once a client has left patient services, there isn’t a formal place for them to practice the skills they had been learning in therapy.

The Brain Builders course is meant to close that gap. The class also provides a place for those who may have exhausted their insurance benefit or do not qualify for services under insurance.

Some students may have had a stroke or are experiencing aphasia or a change in their communication skills. They may have Alzheimer’s or Parkinson’s disease. They may not have a formal diagnosis at all.

“This gives them an opportunity to receive education about our brain and how it changes as we age, when they should be concerned and when they shouldn’t,” said Yauch-Cadden. She said some students who take the class will realize their minds are sharper than they originally thought. 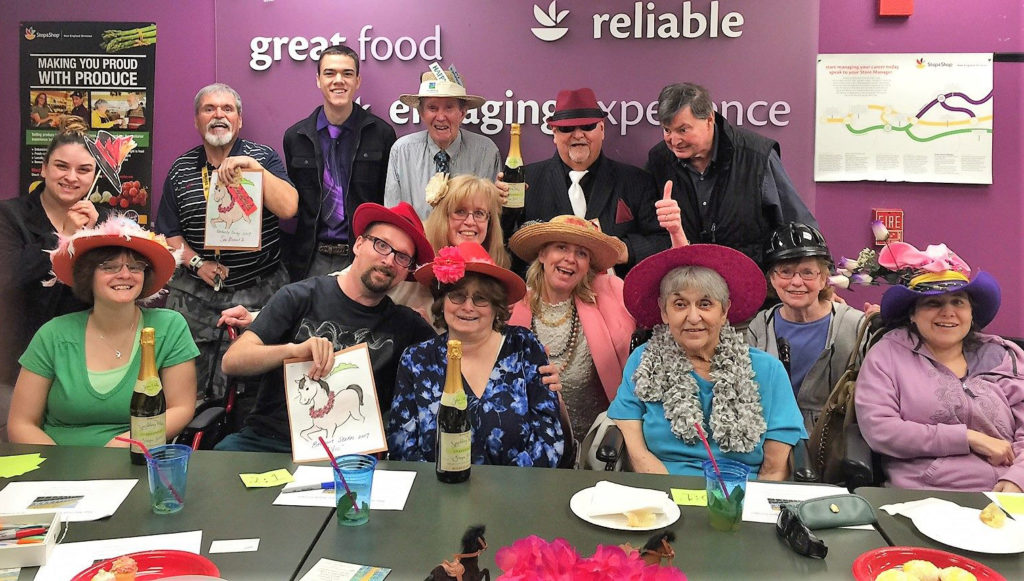 Prior to the pandemic, the Brain Builders course was offered at various locations throughout the South Coast. The group met regularly at the Stop & Shop in Dartmouth. Since transitioning to Zoom, the class has retained its fun, informal approach.

“We’re not telling people what to do, we’re practicing,” said speech-language pathologist Kari Star, who co-facilitates the course. She compared it to basketball, where you would improve your skills by taking multiple shots from the foul line. “When you don’t get it right, the coach corrects your technique, and you practice.”

A lot of that practice takes the form of casual conversation. Following a year of social distancing, brushing up on social skills and practicing communicating felt especially prescient. Prior to the pandemic, the class would be hosted at various senior housing sites or senior centers. There was also a regular class held in the public community room at the Stop & Shop on Faunce Corner Road in Dartmouth.

Since shifting from in-person gatherings to a weekly Zoom class, they’ve been able to include more regular students and people from outside the area. While students do not need a computer to take part (people can use a phone to access the Zoom class), the team at Buzzards Bay Speech Therapy developed a workbook for offline learning that covers a wide array of activities for thinking and memory, and it draws on lessons from the class.

In surveys from participants, Yauch-Cadden said people reported leaving the course with more confidence in their memory and communication skills. And she said that’s important because if they have more confidence, they’re more likely to engage with other people.

One class participant said he had multiple strokes, which had affected his speech and memory, and he struggles to recall names and locations. But, he said, Yauch-Cadden and Star are there to help him when he fumbles.
Throughout the class, other participants helped one another when they fumbled, as well. That includes working together to figure out the state bird and flower (the black-capped chickadee and mayflower, respectively).