Caregivers: You Are Not a Superhero, and That’s Okay 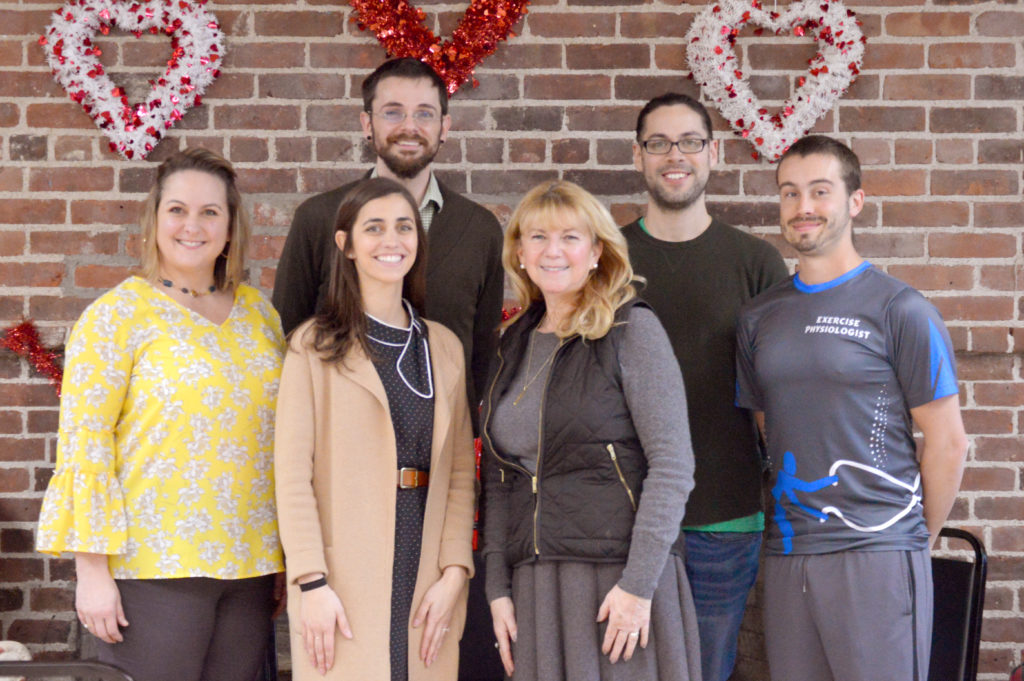 The Age-Friendly New Bedford Initiative hosted a workshop for caregivers at the Buttonwood Senior Center on Feb. 7, which covered everything from stress eating to meditation. Back row: Grant Pike and Justin Perreault. Front row: Kelly Cabral-Mosher, Katlynn Ferreira, Patricia Geggatt-Midurski and Cam Bergeron.

This article originally appeared in the March 2020 edition of Senior Scope. Article and photo by Seth Thomas.

At a recent workshop held at the Buttonwood Senior Center, panelists had this message for caregivers: you are not an unstoppable superhero, and it’s okay to ask for help.

The event was part of the Age-Friendly New Bedford Initiative, which is a project aimed at improving the quality of life for people of all ages. This project includes providing access to support and information for caregivers.

According to the latest data on caregiving from the Pew Research Center, about one-in-seven U.S. adults provide unpaid care of some kind to another adult. A 2018 report from Gallup found that American caregivers have “substantially lower financial well-being” than those who are not caregivers, in part due to the physical and emotional toll of serving as a caregiver.

Patricia Geggatt-Midurski, who operates Coastline’s Caregiver Companion and Support Services program, opened the workshop with her own story of caregiver burnout. In 2003, she was a parent of young children when her mother-in-law, who had dementia, moved in. Shortly thereafter, her older sister was diagnosed with cancer and passed within a year.

“I never truly grieved; I just kept moving forward,” said Geggatt-Midurski. “I did not realize that everyone else came first: my daughters, my mother-in-law and my full-time job. This is what I thought I was supposed to do. Everyone needed me, and I could not fail them. Never did I consider me.” 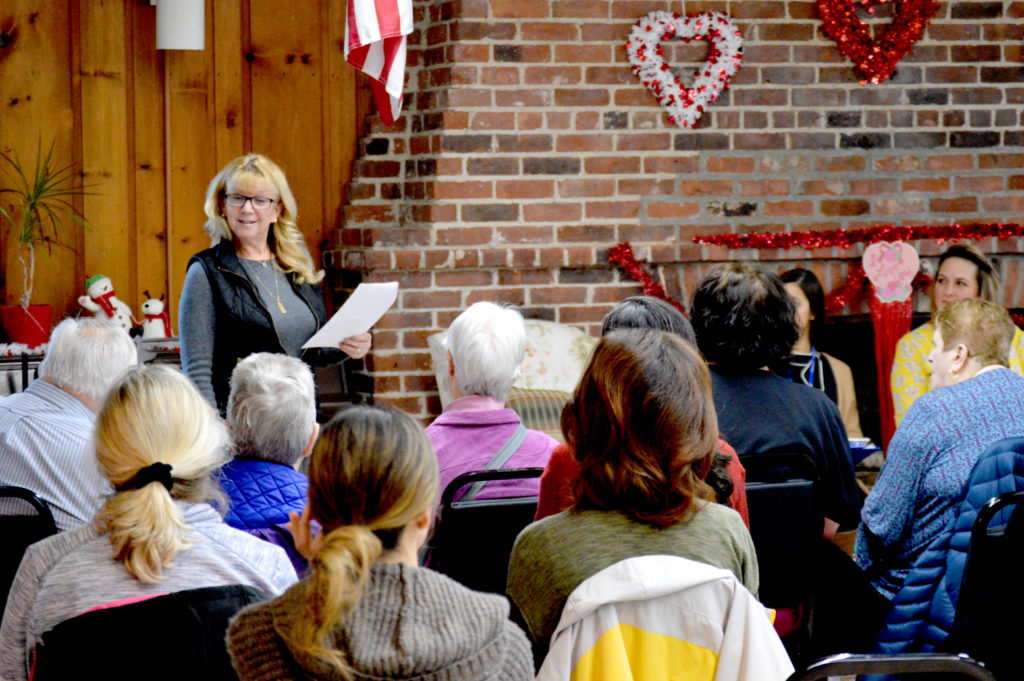 With her mother-in-law ailing, she had yet another setback: she fell and broke her foot, leaving her housebound. This turn of events initially devastated her, she said, because she knew it would impact her role as a caregiver. But it was during this time she realized that she was not taking care of herself.

“I had become the perfect example of the person that I had told my caregivers not to be,” she said.
Geggatt-Midurski still functions as a caregiver, though now with different family members, but feels she has learned better self-care techniques, including mindfulness-based stress reduction, to ease the experience.

Mindfulness, which is the practice of formally or informally bringing your awareness to the present moment, has become an increasingly popular practice to treat anxiety and depression.

“Oftentimes, the stress that we’re feeling is rooted in the past or in the future,” said Kelly Cabral-Mosher, a social worker. Cabral-Mosher led the attendees through a mindfulness meditation exercise, where the group was instructed to focus on their breathing as she read a passage from the book “Journey to the Heart” by Melody Beattie.

“When we take those breaths, it takes us back to the now – to feeling the breeze, to smelling something cooking in the kitchen, to hearing laughter as you’re walking around,” she said. “I’m not saying this is easy; it’s a practice.”

Justin Perreault, a practitioner of Asian bodywork therapy, said we frequently search for a “shift in consciousness” when we’re stressed, but that often takes the form of bad habits, like relying on alcohol, tobacco or unhealthy foods. He said there are alternate ways we can shift our thinking, which can be as easy as turning on the radio.

“Sound has a real effect on our minds. Think about driving in the car when your favorite song comes on. You can go from having a bad day to smiling and dancing. Music can shift our consciousness,” said Perreault. He added that meditation – even it’s just for a minute – can be powerful.

Justin Perreault led the audience through guided meditation using a drum at the Buttonwood Senior Center on Feb. 7.

Stress not only impacts our emotional well-being, it can take a physical toll as well.

Exercise physiologist Cam Bergeron led the audience through posture-strengthening exercises. He said that caregivers, who often have to move a person they are caring for, should be mindful of their backs.

“My suggestion for picking anybody up or helping anybody: widen your stance,” said Bergeron. “If you don’t help yourself stay safe, you can’t help anybody else.”

Katlynn Ferreira, a registered dietitian with Coastline, discussed the ways that stress can prompt people to overeat or fill up on unhealthy foods.

“There’s a difference between emotional and physical hunger. Physical hunger takes time because your body is breaking down food and absorbing nutrients. You become hungry gradually,” said Ferreira. “Emotional hunger is sudden. It may be related to a thought or an event. When we satisfy our emotional hunger, it’s usually with an unhealthy food.”

Many of the panelists returned to one piece of advice: caregivers can always ask for help.

Grant Pike, a social worker at the Greater New Bedford Community Health Center, cautioned the audience to be weary of the warning signs of caregiver burnout, which can include feeling tired often, frequent body ailments and being generally argumentative.

“Recognize the symptoms, and that help is there. Bring it up with your primary care physician,” he said. “There are lots of resources available.”