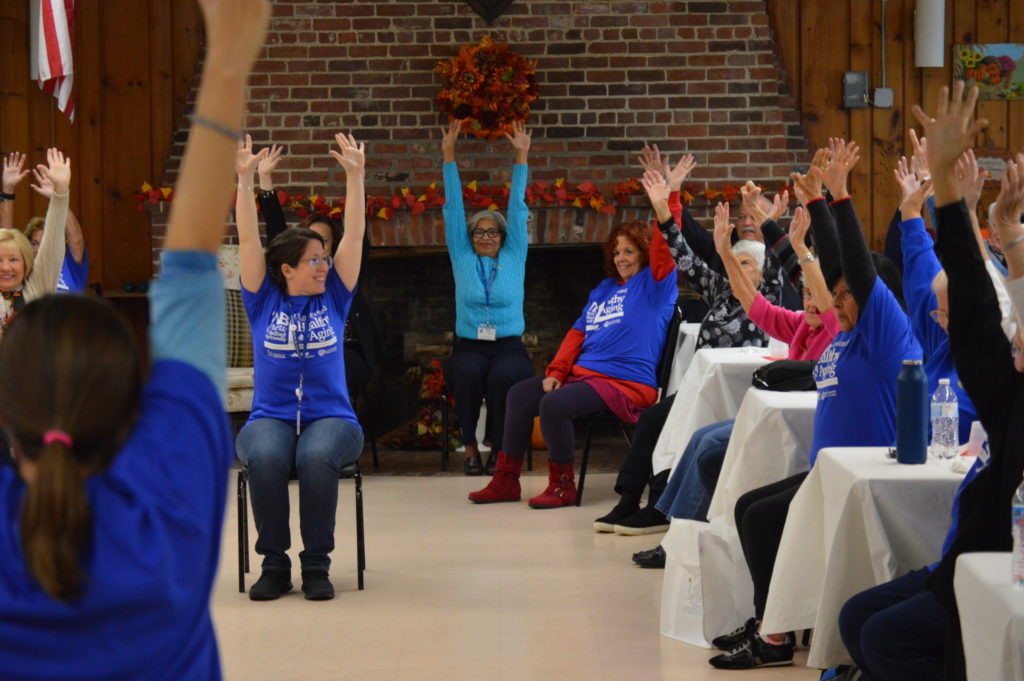 Coastline employees led a crowd through a 20-minute exercise routine during the healthy aging event held at the Buttonwood Senior Center on Oct. 11. The event brought people together for an afternoon of activities, health tips and a meal.

This article originally appeared in the November 2019 edition of Senior Scope. Article and photos by Seth Thomas.

Rain and strong winds weren’t enough to stop city officials, Coastline staffers and more than 100 older adults from gathering at the Buttonwood Senior Center for an afternoon of activities and a group meal.

The event, which initially featured a walk through Buttonwood Park, was ultimately housed in the center due to a nor’easter sweeping through the South Coast on Oct. 11. Despite the inclement weather, participants were given an opportunity to stretch their legs as they were led through a 20-minute exercise routine. The event was part of New Bedford’s Age-Friendly Initiative.

“New Bedford has been a ground-breaker,” said Gerald Flaherty, a member of the AARP Massachusetts Executive Council, noting that the city was only the fourth municipality in the state to join the age-friendly movement.

The initiative, which is a project of the AARP and the World Health Organization, aims to prepare cities and towns for rapid population aging and urbanization. According to the AARP, an age-friendly community is one that is safe, secure, has affordable housing and transportation options, and offers support services. 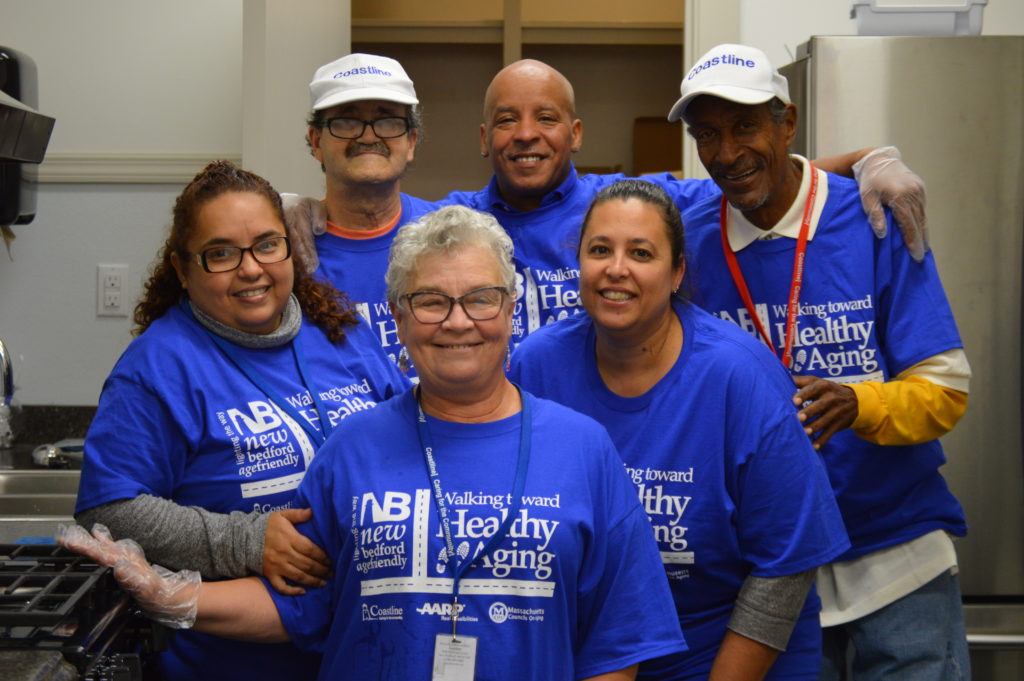 As part of achieving the designation from the AARP, the City of New Bedford and Coastline drafted an action plan that outlines steps the city can take to become a more livable place for everyone. The city and its partnering agencies have been implementing this plan over the past year. During the event, New Bedford Mayor Jon Mitchell expressed his appreciation for their efforts.

“Our city is progressing in so many ways,” said Mitchell. “We want everyone to live a high-quality life. And that means that, for our seniors, they have their needs attended to.”

The mayor, New Bedford City Councilor-at-large Naomi Carney, Ward 2 Councilor Maria Giesta and Ward 1 Councilor William Brad Markey met with citizens at the senior center and joined in the meal, which was served later that afternoon. 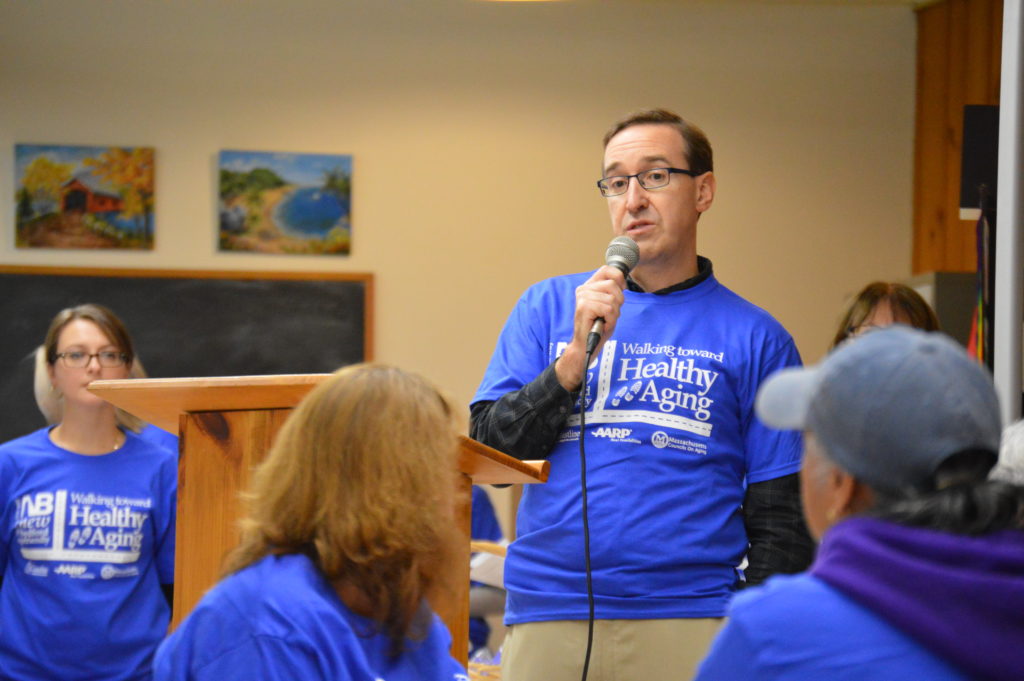 Dr. Michael Rocha, a South Coast-based cardiologist, spoke of the importance of socialization during the healthy aging event on Oct. 11.

As per the theme of the event, a variety of guest speakers covered health-related topics, ranging from fall prevention to nutrition. The keynote speaker, Dr. Michael Rocha, offered wide-ranging advice.

Rocha, who works as a cardiologist, was instrumental in forming the New Bedford Wellness Initiative, a group that promotes health and well-being in the area. The network provides opportunities for people to exercise and socialize. In his remarks, Rocha emphasized that social isolation can have significant, negative impacts on one’s overall health.

“Never underestimate the power that you have over your own health,” said Rocha. “It’s how we move, how we connect with one another, and in the foods that we eat. You have more power than you think you do.”

The New Bedford Wellness Initiative hosts free classes at the Boys and Girls Club of Greater New Bedford on Sundays. Dr. Rocha is also part of the “Walk with a Doc” program, where local doctors lead walking groups through Buttonwood Park or the Dartmouth Mall. To learn more about what the Initiative offers, follow them on Facebook by clicking here. Visit their website by clicking here.