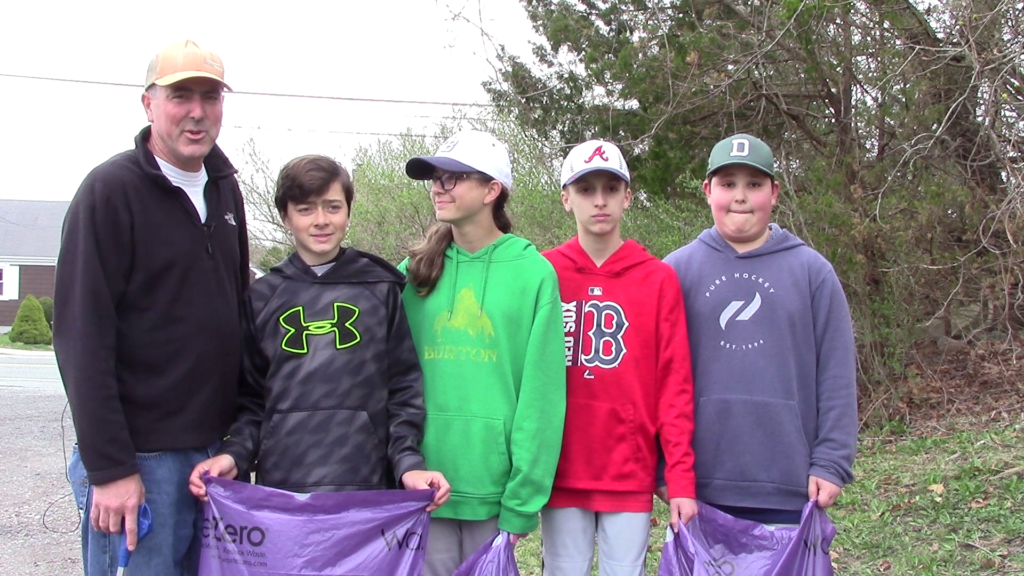 Members of the Boys and Girls Scouts team up to remove litter during Dartmouth’s Green Up Day, which was held during the last two weekends of April. The group was one of many featured on the new DCTV show, “Bridging the Future.”

Following weeks of work, a team of four amateur film makers have completed their first project: “Bridging the Future: Positive Change Around Us,” a show featuring the Town – and citizens – of Dartmouth.

Dartmouth Community Media (DCTV) approached the Dartmouth Council on Aging about producing the show earlier this year. DCTV, like many of the public-access television stations in the area, offers classes for the public in which participants learn how to produce their own video projects.

The multi-week course covers in-studio equipment, portable cameras that can be taken into the field, and the editing software that compiles all the video footage, music, and graphics together into a film.

Nancy Miller, the activities director at the Dartmouth Council on Aging, scouted the talent for the project and found four people from different backgrounds willing to produce a show. Warren Hathaway, Nancy Jordan, Gary Moraes and Bradford Thelin worked closely with Daniel Medeiros, a production coordinator at DCTV, who taught and supervised the team.

“We had to be trained. Dan took us under his wing and we learned all the different concepts,” said Jordan. “We proceeded to pick a topic, which was volunteerism in town.”

The group would meet in the conference room at DCTV, and Medeiros would sit in and review footage and offer advice.

“It was a lot of pre-production,” said Medeiros. “When they met, they needed to figure out how they wanted to do it – things like scripting the show, editing it together, making it into a package.”

After weeks of filming, Thelin took on the onerous task of editing all the footage. On July 16, the Dartmouth Council on Aging hosted a screening of the show’s debut.

The 35-minute episode featured more than a dozen interviews and demonstrated the filmmakers’ commitment to the craft. “Bridging the Future” was filmed in the early spring, and New England’s unpredictable weather was on full display. The crew braved the whipping winds of Padanaram Harbor, trekked through the woods during a town-wide clean-up effort, and, in one shot, showed the film crew hosing off their muddy boots on the edge of a field.

While the primary focus of the first episode was volunteerism, an overarching theme is intergenerationality, which is how the developers landed on the name “Bridging the Future.” 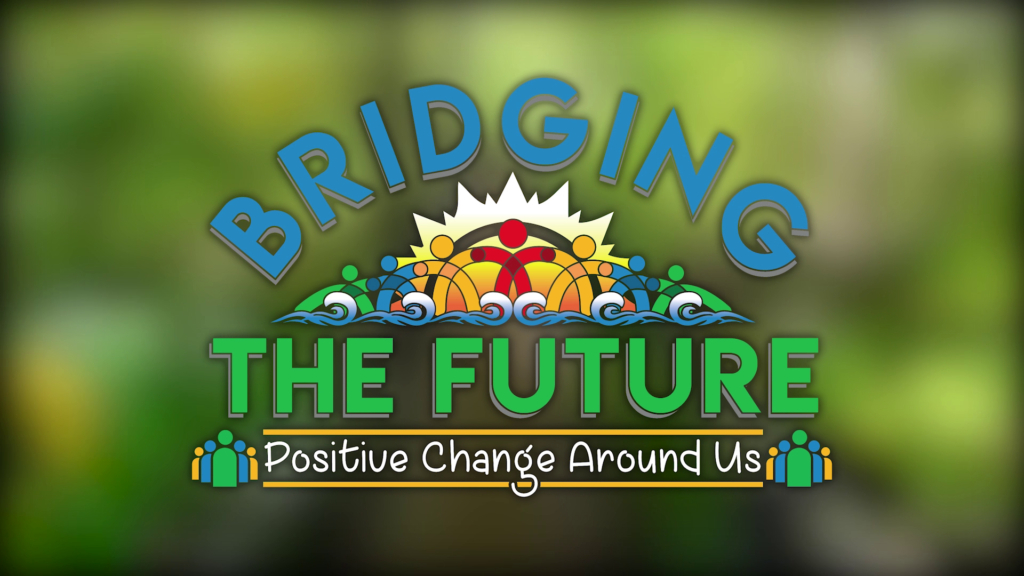 Episode one featured adults volunteering with Dartmouth High School’s sailing team, members of the Boy Scouts and Girl Scouts picking up roadside trash with their adult mentors, and people of all ages tending to the fields at the YMCA’s Sharing the Harvest Community Farm.

“We had the best time at the YMCA. It was unbelievably fun,” said Jordan.
As children planted strawberries and potatoes in the swampy fields, Jordan stood poised with her umbrella in an attempt to keep the DCTV video equipment dry.

Moraes had a less romanticized view of filming farmers during a rainstorm.

“We got muddy and soaking wet!” he said at the show’s premiere. “That was a windy day. We could hardly hear people.”

“Then we got soaked!” he reiterated.

Despite the unpredictable conditions in which the crew filmed their subjects, the group said they had a blast producing the project and recommend that others try their hand at the craft.

“What was great is that they found a team of people from different backgrounds, and everyone picked up a job that had to be done. We had fun doing it,” said Moraes. “It was the first time any of us have done it. Eventually it will be more streamlined.”

The crew is already hard at work on their follow-up episode, which will explore Dartmouth’s libraries.