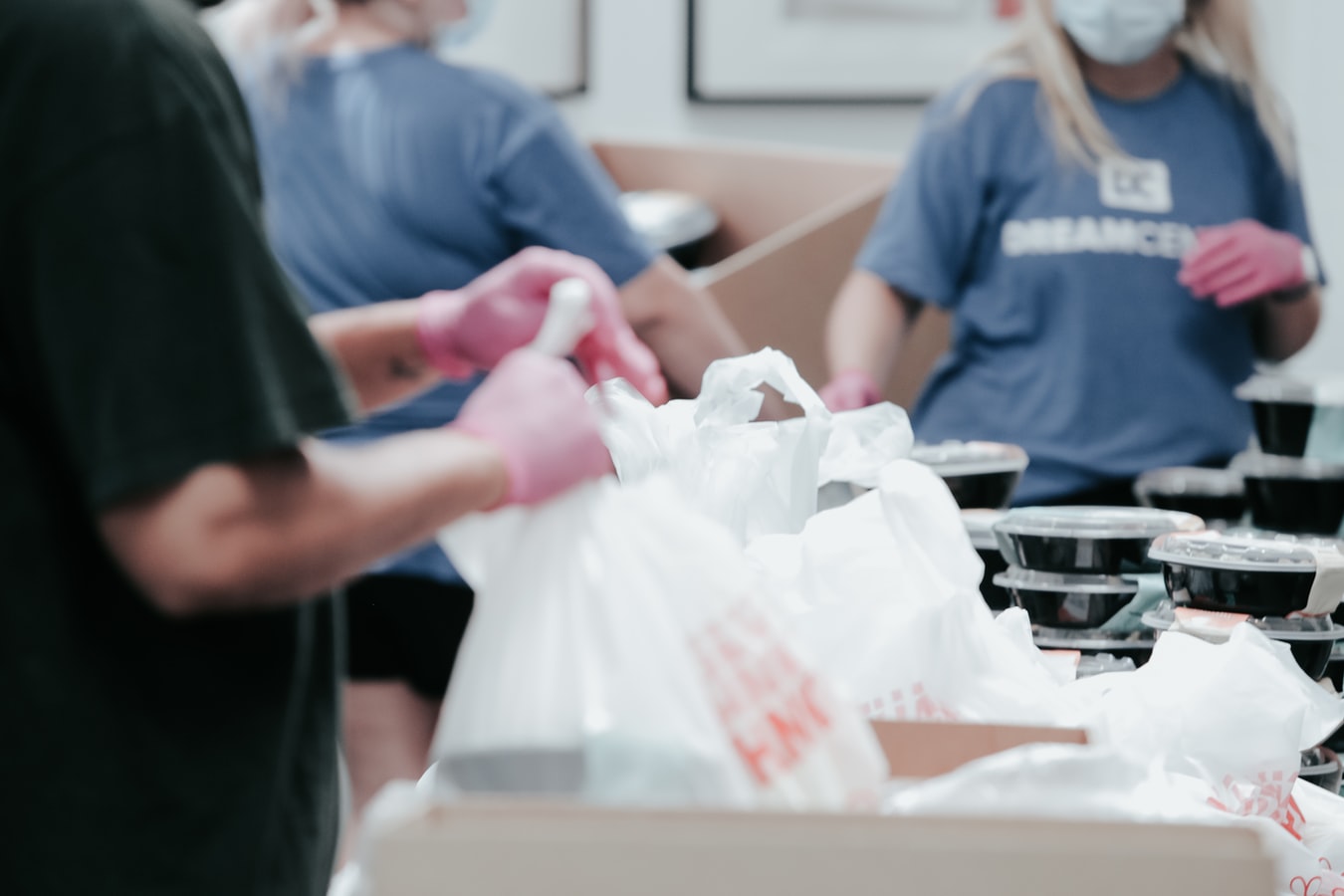 Throughout the pandemic, food banks have strained to keep up with demand, and now food security advocates are encouraging the public to consider food relief programs, like SNAP and Meals on Wheels, that have long been underutilized.

This article originally appeared in the October 2020 edition of Senior Scope. Article by Seth Thomas.

The ongoing COVID-19 crisis has strained the country’s food supply chain and driven unemployment, leaving many families around to nation with little money to spend on food. As a result, Americans have increasingly turned to food pantries for relief.

But, as highlighted extensively at this year’s SouthCoast Food Security Summit, food banks are struggling to accommodate demand. With confirmed COVID cases lingering in the tens of thousands each day across the nation, food security advocates are encouraging the public to consider federal relief programs, like SNAP, that have long been underutilized.

The SouthCoast Food Security Summit, an annual event hosted by UMass Dartmouth’s Leduc Center for Civic Engagement, brings together local and state advocates for a wide-ranging discussion on food access. This year’s summit, which was held online, focused primarily on the impact of the pandemic.

McAleer said that, according to the latest data from the state, one in six people are food insecure, including about one in five children.

“Over a million of our fellow residents of the Commonwealth are struggling to afford food. That has significantly increased – almost doubled – since before the COVID crisis,” said McAleer.

“Food insecurity” is largely considered an economic condition. It’s defined as being unable to consistently access affordable, nutritious food. Prior to COVID, McAleer said food insecurity in Massachusetts was around 9.3 percent. As of July, that number rose to 16.6 percent, and it’s projected to increase.

In any given year, there are a myriad of obstacles that could prevent someone from being able to afford nutritious food. In Massachusetts, the cost of living is high. Rent, childcare, and health insurance are expensive relative to other states, and wages have not kept pace, McAleer said.

“As an example, an individual who’s earning minimum wage in Massachusetts would have to work eighty hours a week in order to afford a two-bedroom apartment anywhere in the state,” she said.

The latest report from the Federal Reserve on the economic well-being of U.S. households showed that a sizable minority of adults are struggling to keep up with the cost of living.

When the Federal Reserve surveyed adults in October 2019, 30 percent of respondents said they were unable to pay their monthly bills or were one “modest financial setback away from failing to pay monthly bills in full.” One crisis event, like a medical emergency or an unexpected car repair bill, could leave little extra money for groceries.

For many, COVID-19 was that unexpected crisis, prompting the public to turn to food pantries around the nation.

“The local food pantries are doing incredible work to meet this huge demand, but the reality is that they’re not set up to feed one in six households in Massachusetts. The scale of this crisis it too large,” said McAleer.

As the demand at food pantries and charities surged, Project Bread, which operates a resource hotline, has been directing the public to more sustainable food relief programs that receive federal funding, like SNAP, WIC, school meal programs and Meals on Wheels. McAleer said that many of these programs continue to be underutilized, even during the pandemic.

During the panel discussion, Christine Sullivan, the Tufts Grant Coordinator at Coastline, said Coastline had “pushed a lot of food into the community” throughout the crisis.

Sullivan noted that older adults face numerous barriers to food access, which were only exacerbated by the pandemic. Reliable transportation options were greatly reduced. The state only began offering online SNAP purchases through Walmart and Amazon on May 29. And, generally, older adults have been urged to stay at home for their safety.

“We know that food insecurity leads to malnutrition. Malnutrition leads to poor health outcomes,” she said. “For instance, malnourished older adults go to the hospital longer, have longer stays and incur larger costs.”

McAleer believes issues surrounding food insecurity are solvable, but the problem remains largely mired in politics. American hunger is frequently treated as a temporary problem, rather than a long-term crisis. For example, participation and spending on SNAP increased during the Great Recession of the late aughts. By 2014 spending on the program fell and continued to decline through 2018.

According to the nonprofit Feeding America, about 1 in 9 Americans – or 37 million people – did not have a reliable and sustainable way access to food in 2018. As the pandemic unfolds, that number is expected to increase.

Senator Montigny noted toward the end of the summit, that state funding is finite.

“There’s money floating around for the biotech industry, but not to create small farms. It’s a policy choice that politicians make, and if you don’t register to vote and [fight] for your priorities, it doesn’t happen,” he said.

In the interim, Project Bread will continue to direct people toward federally guided programs.

“Food is a basic need, and not having access to it is an injustice,” said McAleer. “Right now, there’s a million households in Massachusetts facing food insecurity. People need to share their stories, break the stigma and reach out for help.”