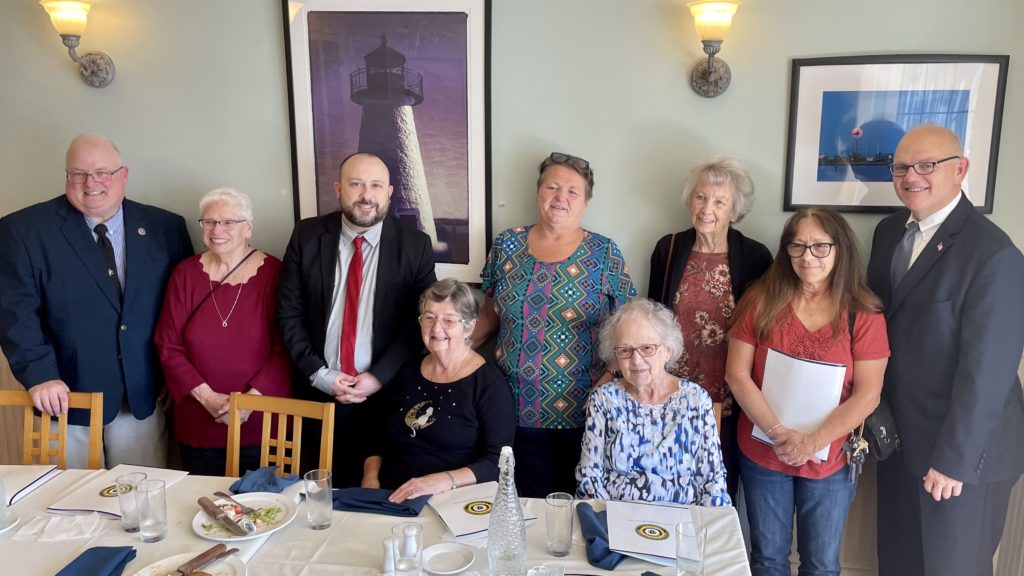 If you suspect you’ve been scammed, it’s important to report it. That was a major takeaway from a recent presentation on pandemic-era scams by Plymouth County District Attorney Timothy J. Cruz.

Cruz relayed the story of a scam case from last year, where a Hanover resident was nearly scammed out of thousands of dollars. The victim had received a call from a man posing as her grandson, and he claimed he had been in a car accident in New Hampshire. He then handed the phone to another man purporting to be the grandson’s lawyer.

The “attorney” explained that the “grandson” was in prison awaiting trial and needed $8,000 for bail money. COVID-19 cases were surging at the time, and the scammer claimed her grandson would be stuck behind bars for an extended period of time because the courts were only open one day a week.

Cruz said the victim talked to the scammer multiple times a day, and after stirring panic, he convinced her to take $8,000 out of the bank.

“The bank did the right thing,” Cruz said. The teller, who knew she was a regular customer, sensed something seemed off and asked if everything was okay. At first, the woman claimed she was fine – mostly because the scammers told her to stay quiet about the situation. The scammers arranged for a courier to pick up the money, only later to conclude that the whole ordeal couldn’t possibly be true. She then contacted the Hanover Police Department.

After sorting through doorbell camera footage, the local and state police were able to piece together what happened and make an arrest – a rarity in scamming cases – and return the victim’s money.

“If you get one of these phones calls, just hang up,” Cruz said. “But make sure if you have conversations with these people, you don’t give them any information.”

In addition to posing as family members, scammers will often try to pose as law enforcement, charities, debt collectors or government agencies, such as Social Security or the IRS. Criminals will try to scare you into action, often by claiming you will be arrested or fined if you don’t make an immediate payment or divulge personal information.

Scammers will often request payments via a gift card or a wire transfer. You may also receive calls or text messages indicating that you’ve won a prize or qualified for a special offer. If you receive such a text message, it will likely come coupled with a link that you should not click on.

Cruz said it’s important to report crimes – not only because it gives you a pathway to rectify the issue – but it could also prevent a future crime.

“What happens is people get embarrassed by it and don’t want to talk about it,” Cruz said. “Don’t be embarrassed. They’re good at what they do. We need to tell other people so that others are aware they’re in our area.”

Plymouth County District Attorney Timothy Cruz will be returning to the area for another presentation on scams and financial exploitation on Nov. 18 at 10 a.m. at the Mattapoisett Council on Aging. Register by calling the Mattapoisett COA at 508-758-4110.

Learn more about the Plymouth County DA’s Office at plymouthda.com.