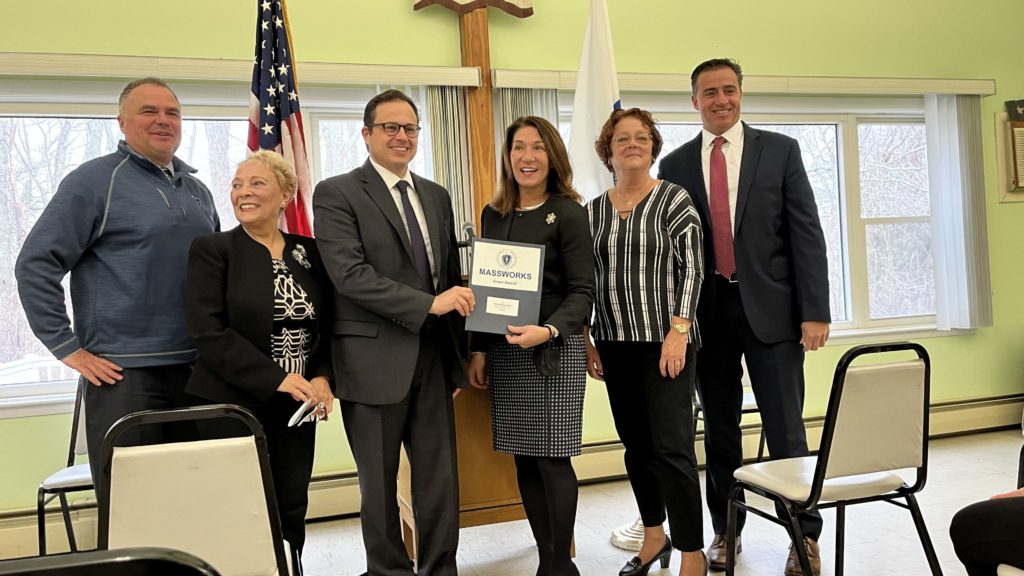 A proposed housing project in Dartmouth is receiving $275,000 in MassWorks funding to help it create a 10-unit building for older adults with mental or behavioral health challenges.

The building will be the first in town specifically tailored to those who receive mental health services, an accomplishment Dartmouth Housing Authority Executive Director Connie Desbiens calls a dream and a really big milestone for the authority.

“Aging-in-place is probably one of the biggest goals of housing authorities and it’s nice to have tenants able to go from here to there to there,” she said, referencing the group of senior housing buildings on Anderson Way in town. “The population is aging and there’s just not enough housing to meet those aging needs.”

The $3.9 million project is still securing necessary funding and has about $1 million to go before being able to break ground, Desbiens said. But she is hopeful that a Community One Stop grant submitted to the state, plus additional funding requests will make the project a reality.

Named the Mendes Monteiro House, for two lifelong advocates of housing in Dartmouth, the project is a partnership with the state Department of Mental Health whose aging residents are having difficulty negotiating multi-level DMH buildings.

“DMH (has) a lot of multi-family, multi-floor buildings that they house their people in and what’s happening is that, as these folks are aging, they can’t do the stairs, so they become isolated,” Desbiens said. “So this is going to be something that we can place them all on the same level so they don’t have to worry about not being able to leave the house if they can’t do stairs.”

In a Dec. 16 grant award ceremony at the project site, Lt. Gov. Karyn Polito praised the housing authority for the 24/7 fully-supported housing program that will allow older adults to age in place.

“There aren’t a lot of these in the Commonwealth,” she said.

The MassWorks funding will be used for infrastructure needs including underground utilities, sidewalks, and lighting.

There are also plans to beautify a retention pond in the middle of space by creating a walking path and benches where tenants from the multiple housing complexes can mix and socialize together.

The Mendes Monteiro house will be a milestone in available town housing, but it will also not be enough.

Asked if there will still be a need for more housing once the project is complete, Desbiens said, “Absolutely. Just like when we did our veterans house (on State Road and Champion Terrace). It’s only nine units, but it’s nine good units. We’ve helped a bunch of people and that’s all I care about.”