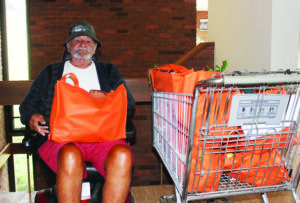 People who say they ate a ton of food are nearly always using hyperbole, but not so Coastal Foodshed and Coastline when they delivered “tons of food” to homebound and non-driving older adults last month.

The two organizations joined forces to do what each does best – Coastal Foodshed to source healthy, delicious local foods for area consumers, and Coastline to deliver nutritious food to older adults who have limited or no access to markets.

Using Coastline’s delivery systems, including Meals on Wheels drivers, older adults in the greater New Bedford area received bags with about 15 pounds of fruits and vegetables including potatoes, summer squash, corn on the cob, and apples through the collaboration. The produce was grown and harvested by four area farms: Young Family Farm in Little Compton, Sampson Farm in Westport, Ward’s Berry Farm in Sharon, and Four Town Farm in Seekonk. 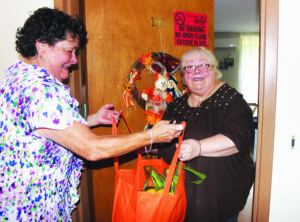 Over a six-week period, 540 seniors benefited from the program, receiving a collective total of more than four tons of fresh, healthy, locally-grown produce.

Elders living at Oxford Terrace, a Fairhaven Housing Authority property, were thrilled to receive their produce bags in early September. FHA Resident Service Coordinator Kendra Rebello said the fruits and vegetables will go to older adults in Oxford Terrace who don’t have access to markets or means to purchase the produce themselves.