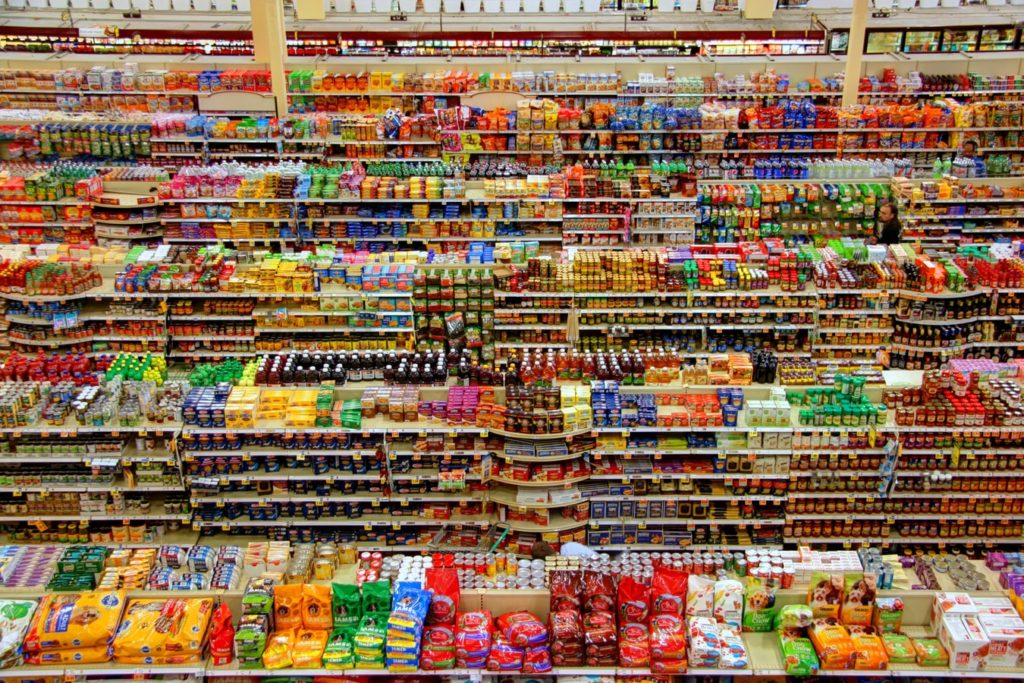 This article originally appeared in the March 2019 edition of Senior Scope. Article and graphic by Seth Thomas.

Shoppers have more options than ever at the grocery store, yet being a smart shopper can be challenging – and time consuming – when each product is labeled with numerous claims and information that may be misleading or confusing.

On Feb. 4, Coastline dietitian Katlynn Ferreira returned to the Dartmouth Council on Aging’s “Pound by Pound” support group, which provides advice and encouragement for weight loss and healthy living, to sort out the various labels displayed on food packaging.

Even something as seemingly straightforward as a “best by,” “use by” or “sell by” date can be misleading. Factors that determine these signifiers include how the food was prepared, certain ingredients that are used and the temperature at which the food was prepared. What isn’t a factor in determining these dates: safety.

“Dates can guarantee when a product is at its best quality. It’s not necessarily about safety,” said Ferreira. “The sell by date is an inventory management number. The manufacturers put those labels on food to let the stores know when they should be taking the product off their shelves. And it’s not for a safety reason; it’s for peak quality.”

For example, milk should display a sell by date, and the store should sell it by that date, but the milk will still be good for about five to seven days.

According to the United States Department of Agriculture’s Food Safety and Inspection Service, the only food product that has a true expiration date is infant formula.

“One of the things that becomes a concern as we age is our sense of smell and taste aren’t as heightened,” said Ferreira. “It might be harder to detect if a food is beginning to spoil. If you’re weary about a date, use your full observation of that food to make a decision.”

Another feature you’ll likely see on a product’s packaging is food claims. There are three categories of food claims:

• Nutrient claims, which refers to the amount of a certain nutrient present in the product, such as ‘high in Vitamin C’ or ‘low sodium’ or ‘low fat.’

• Health claims, meaning there’s a nutrient in that particular food that is closely associated with a health condition. The USDA has 12 approved correlations between a food and a condition.

• Structure or function claims, where a certain nutrient in the food has a proven influence on our body’s function. An example might be ‘vitamin A protects your eyes.’

Part of the challenge is discerning which claims contain helpful information and which claims are marketing jargon trying to sell you a product.

For instance, for a food to become “certified-organic,” it must meet strict production guidelines from the USDA. A food marked “100% natural” might give the consumer the impression that the two foods are comparable, but that’s not the case. “Natural” is a largely meaningless modifier that doesn’t require any form of regulation.

Eggs also have packaging claims that can be misleading. Eggs have labels like “free-range,” “cage-free” or “pasture-raised.” These signifiers are largely meaningless unless they come coupled with labels such as “American Humane Certified,” “Certified Humane” or “Animal Welfare Approved,” which mean the animals were raised using strict guidelines. But even within those three designations, there is variation in how the hens were raised.

The quantity of salt in any particular food can also be a selling point.

“Low sodium means that there’s no more than 140 milligrams per serving – but make sure you look at the serving size,” said Ferreira.

The phrase “reduced sodium” may make a food appear healthier, but all that’s required for this designation is a 25 percent reduction in salt compared to the original product. If the original product contained a vast quantity of salt, the low-sodium label may not translate into a better choice.

With the front of the box being so misleading, it falls on consumers to think critically about foods. In the United States, the nutrition facts label features more concrete information, including what ingredients are in the food and the percentage of nutrients recommended for a diet of 2,000 calories a day.