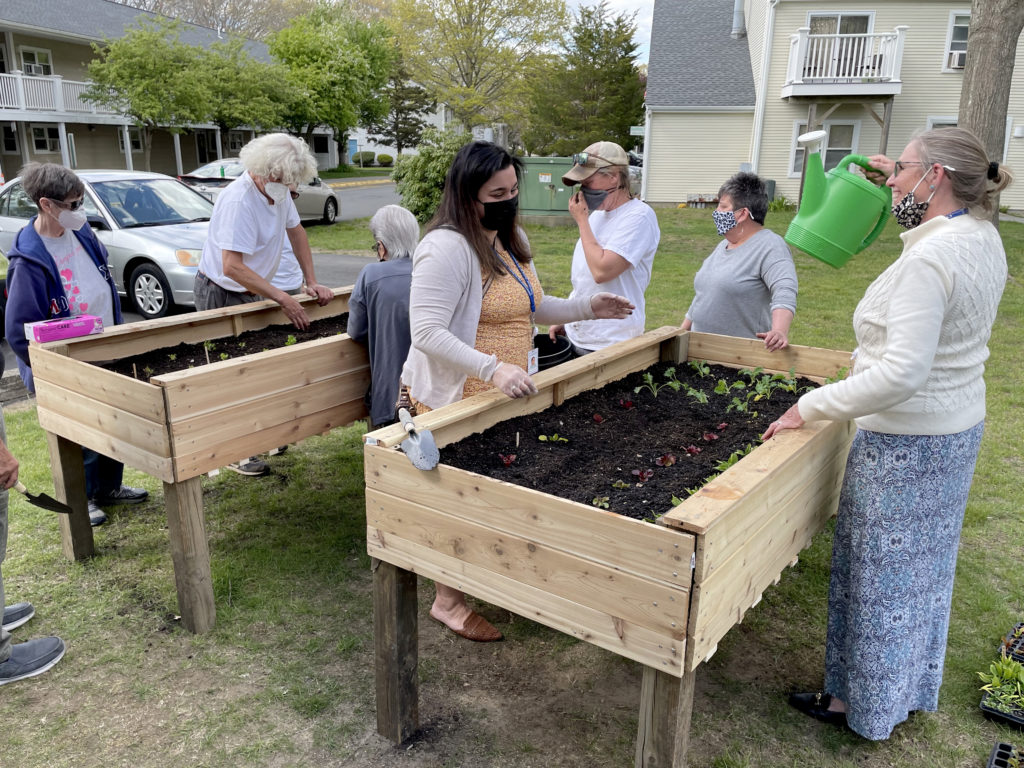 This article originally appeared in the June 2021 edition of Senior Scope. Article by Seth Thomas.

Oregano, cilantro and parsley are currently sprouting outside of Munroe Terrace, a housing unit for older adults in North Dartmouth, thanks to a new local initiative to install raised beds in housing units around the South Coast.

Donald Bamberger, who built the two raised beds this spring, said he was inspired by an article he had read about a Milwaukee-based organization that built community garden beds so citizens would have access to extra produce during the pandemic.

“I’m hoping to get people interested in growing their own produce in their backyards, and this is just the beginning,” he said. “I hope to install these in the backyards of those who are food insecure.”

The two garden beds were raised off the ground to about waist height so that residents wouldn’t have to kneel to plant, water and weed.

Ashley Brister, who manages the Dartmouth YMCA’s volunteer-driven farm, arrived on May 12 with seedlings, and a small crew of green thumbs planted the first round of crops. Moving forward, the residents will be responsible for watering and tending to the garden.

Dianne Mendes, a supportive living coordinator at Coastline, said that once the garden is ready for its first harvest, Coastline can offer a cooking demonstration featuring the produce and herbs grown along Anderson Way. 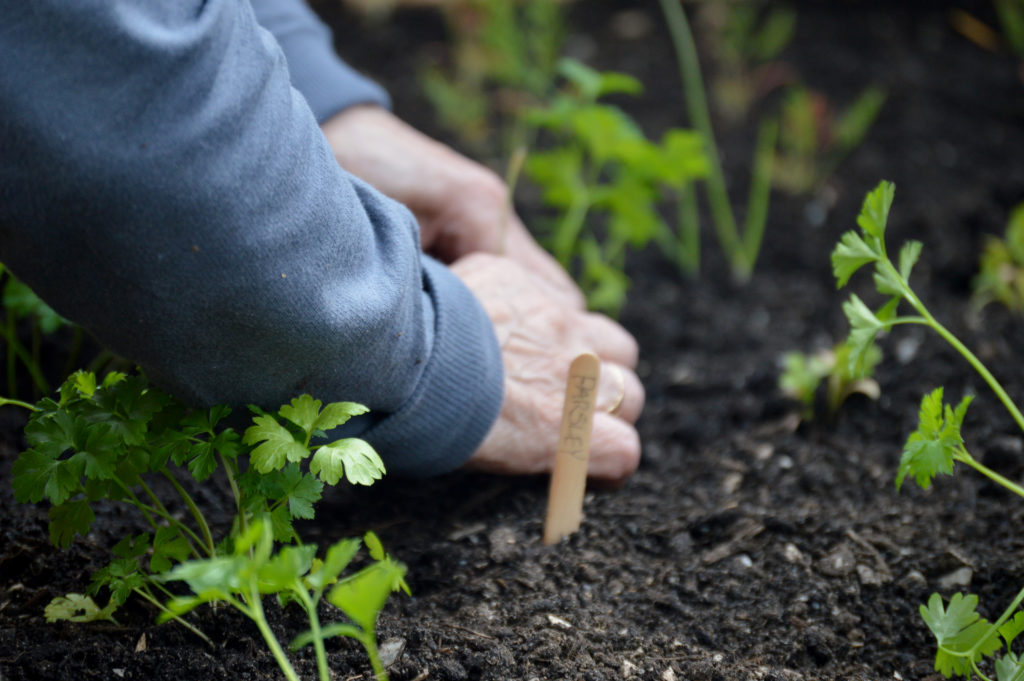 For those who are looking to get outside after being cooped up all winter, the YMCA’s Sharing the Harvest Community Farm provides a unique volunteer opportunity.

The expansive farm is largely managed by a small crew that includes Brister, another staff member and a network of volunteers. All produce grown on the farm is distributed at food pantries throughout the region through a partnership with the United Way.

While volunteer hours have been limited this season due to COVID-19, Brister said the farm is still looking for help in the months ahead. In a typical year, the farm maintains regular drop-in hours where anyone can show up. However, this summer they ask that volunteers sign-up ahead of time through an email system. You can be added to their list by emailing sharingtheharvest@ymcasc.org.

Volunteer hours are on Tuesdays, Wednesdays and Thursdays from 9 to 11 a.m. and 2 to 4 p.m. There are also Saturday shifts from 9 a.m. to noon.

If the group of gardeners eagerly planting beans and tomatoes at Munroe Terrace were any indicator, getting outdoors and playing in the dirt was a nice change of pace following months of COVID restrictions. Now, with his first two beds installed, Bamberger is ready to build more.

“This is the seedling. Hopefully, next year we’ll branch out,” he said.

If you would like to know more about Grow Greater New Bedford, or if you manage property that could benefit from a community garden, contact Bamberger at growgreaternb@gmail.com for more information.