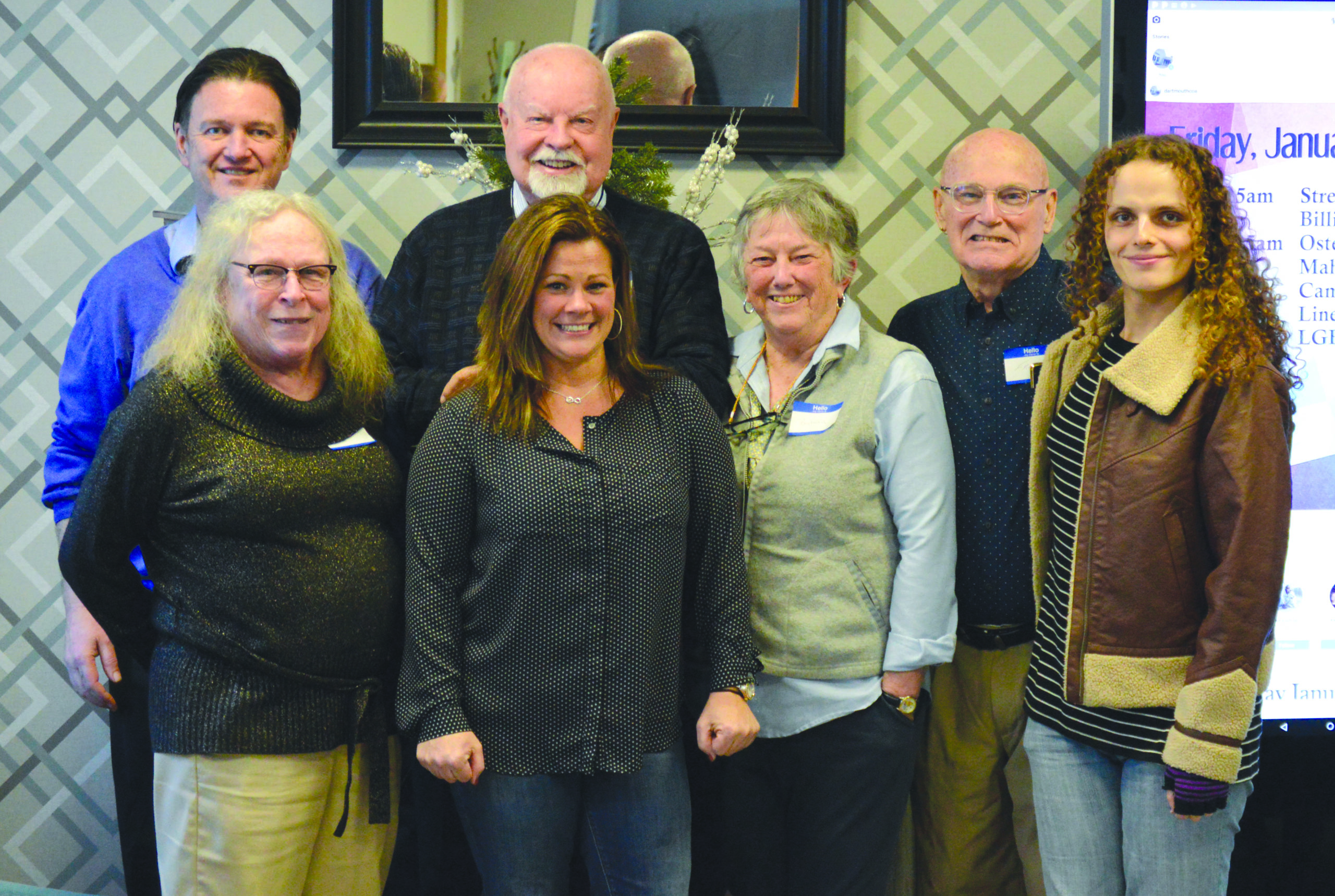 This article originally appeared in the February 2020 edition of Senior Scope. Article and photo by Seth Thomas.

At a recent panel discussion at the Dartmouth Council on Aging, a group of six locals discussed their experiences as LGBTQ individuals, offering a glimpse into the ways that society has changed across the decades and the ways in which finding a community has helped them.

While the panelists come from diverse backgrounds, one thing that connected them was an affiliation with the South Coast LGBTQ Network, a New Bedford-based nonprofit that serves as a resource and support network for LGBTQ individuals and their families.

“Fear and resistance are born from a lack of knowledge. As people learn what’s going on, they become more understanding because they have finally seen that there is no threat to them,” said Frank Schmidt, age 73. “Organizations like this are founded for that reason. It helps people understand that I’m not a threat to you.”

The panelists, whose ages ranged from 23 to 82, discussed their personal experiences, and many of their stories highlighted life from the “Silent Generation.”

Separately, the Network had recently completed a needs assessment survey, in which local LGBTQ individuals and allies were asked about their concerns.

“We found that the older population is fearful of senior housing,” said Andy Pollock, who became the board president of the Network late last year.

He said moving forward, the Network intends to host trainings for senior housing facilities to educate staffers on LGBTQ issues. A similar training was hosted by Coastline in 2014 that featured a screening of the documentary “Gen Silent,” which chronicled the lives of several LGBTQ individuals living in the Boston area as they navigated the health care system and the ways that homophobia can play a part in disparate health outcomes.

That very concern was on Barbara Meehan’s mind several years ago when it came time to move her wife, Faye, into long-term care.

“When it came to that point where she had to go into long-term care, how do I know that this facility will respect who we are and respect our relationship?” she said.

Meehan said that fortunately the staffers were open-minded and their relationship did not factor into her wife’s care.

“But that is a huge issue for people over a certain age because you may have lived through losing your job, being beaten, being cut off from your family,” said Meehan.

“Gen Silent” or “The Silent Generation” is a term applied to LGBTQ individuals who were born during the 1930s and 1940s. This cohort came of age at a time when the American Psychiatric Association formally considered homosexuality a mental disorder and public sentiment for homosexuality was generally caustic.

Jim Norris, 82, said he would actively avoid attending school to avoid bullying. Though he went on to become an elected official in his hometown, he spent his entire career concealing his sexuality. It wasn’t until his retirement party, when he thanked his partner during a goodbye speech, that he revealed this detail about his personal life.

“I felt as if I was two separate people for a long time,” said Norris. “When I came out at age 55, I felt like I became one person. People could know the real me.”

Joan Stratton, 69, said she came out to herself as trans in 1994 – just one year after the murder of Brandon Teena, a transman whose life and murder would inspire the film “Boys Don’t Cry.”

“I gave my mother too much information, and every time I went out to do a little activism, she would worry about me,” said Stratton. Stratton said that while her mother was accepting, she was not always met with a warm reception.

“I had one friend whose mother said, ‘Go ahead and kill yourself. The world would be a better place,’” she said. “It’s hard to imagine. But it happens.”

Schmidt said he wasn’t necessarily bullied in school, but his classmates basically avoided him.

“I had very few friends,” he said. “The idea of not having friends is something that still affects me to this day. I still have trouble reaching out. But things like this organization have helped me tremendously.”

And that sense of community is cross generational. Kevin Farias, who at age 23 was the sole Gen Z participant on the panel, said his volunteer work with the Network helped him break out of his shell.

“After high school, I decided to work for NB-AGLY, which is a LBGTQ youth group, and I started working with the South Coast LGBTQ Network,” said Farias. “I feel like that helped me become more confident in myself and meet more people in the community. It’s helped me feel more comfortable with myself.”

Moving forward, the Network hopes to host more panel discussions like the one in January. Plans are also underway for Pride Month, which is in June. Last year the Network hosted or cohosted various events throughout the South Coast, including an evening commemorating the 50th anniversary of the Stonewall Riots.

To learn more about the LGBT Supper Club, contact the Fairhaven Council on Aging at 508-979-4029.

Contact the LGBT National Senior Hotline, which provides peer-support, information and other resources at 1-888-234-7243.