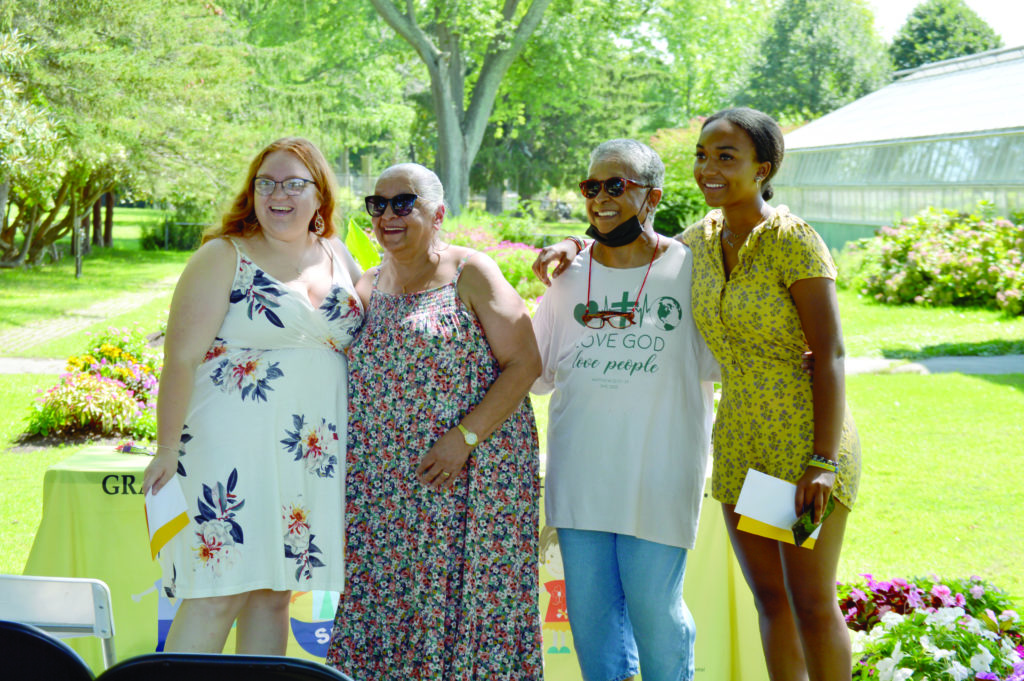 The New Bedford-based nonprofit Grandparents Raising Grandchildren, Inc. had already been in operation for a decade, providing grandparents with emotional and logistical support as they raised their grandchildren, when founder Brenda Grace had an idea to launch a program specifically for grandkids.

Grace said that at the time she hadn’t seen a scholarship program for high school graduates who were raised by their grandparents, so she started one four years ago. On Aug. 21, the organization officially awarded three recipients with a $1,000 scholarship during a ceremony at Buttonwood Park.

Part of the application for the scholarship program tasks students with writing about why they feel suited for a scholarship. Grace said many of those applications can be heartbreaking because they include an essay that often details the hardship the grandchildren have faced in their personal lives – all while maintaining decent grades.

This year’s recipients were Dayahni Mendes, Elexus Nunes and Kira Pedrosa. Mendes, a New Bedford High School graduate, was accepted at the University of San Diego. Nunes, also a graduate of New Bedford High School, is currently deciding on which college to attend. Pedrosa transferred from Bristol Community College to Lynn University and is pursuing a degree in criminal justice, 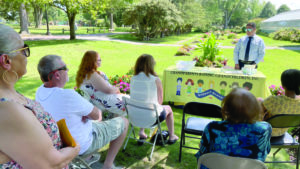 Coastline’s CEO Justin Lees, who was the guest speaker at the event, said his mother provided ample support for his twin boys after they were born. His children formed a special bond with their grandmother, and he said he’ll be forever grateful for her support.

“Coastline provides support into the community so older adults can live independent and meaningful lives,” said Lees. “We also provide grants to other agencies that are in-line with our mission. We’ve long-recognized the great work being done by this organization. The support they provide is critical.”

While the group’s in-person support meetings were largely disrupted by the pandemic, the group remained active, providing as much support as possible over the phone and through the mail. Recently, the group returned to group meetings and in-person events, like the one at Buttonwood.

“You’re going to make something of your life,” said Renay Ribeiro, the group’s treasurer, to the students. “And that is a blessing in itself.”