When Learning Tech, Start with What Motivates You 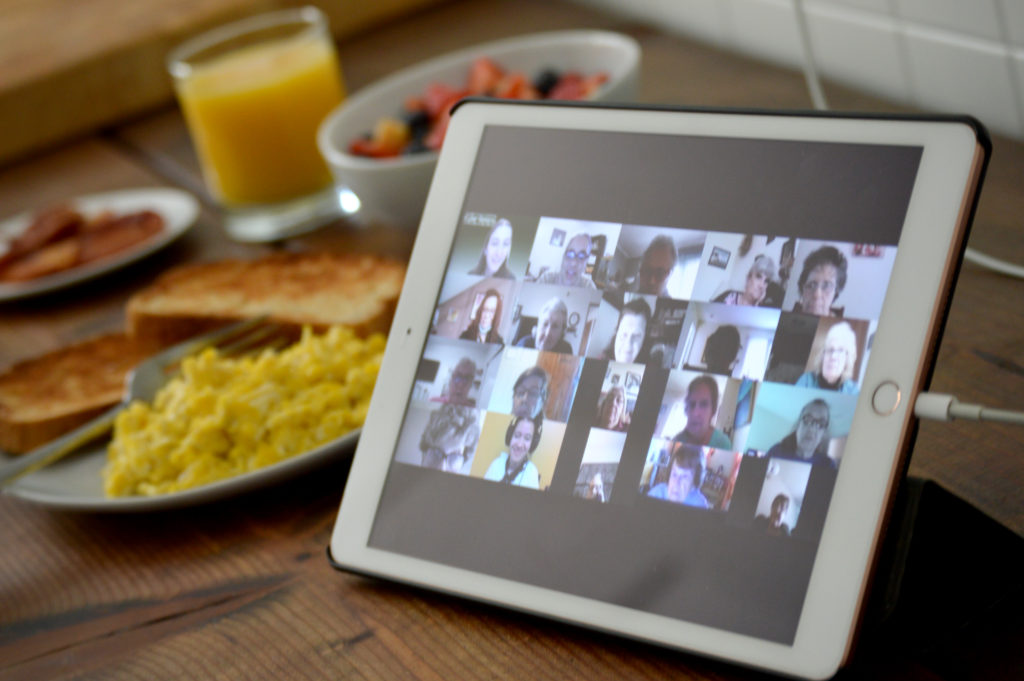 Starting in January, Macaulee Cassaday and Anny Salcedo of Cyber-Seniors trained AmeriCorps Seniors volunteers who serve in Coastline’s Foster Grandparent Program how to use video conferencing apps. The volunteers hope to use their new skills in the classroom. Cyber-Seniors offers free tech help and classes for the public.

When Anny Salcedo moved to the United States, she found it difficult to connect with her family back in Colombia.

“With my grandparents, my biggest struggle was staying in touch, whether it was using the phone or getting them into video,” said Salcedo. “My grandfather passed last January. It shocked me a lot because I wasn’t able to connect and be with him more. I think that was the reason why I joined Cyber- Seniors.”

Salcedo now trains older adults to use technology as part of the nonprofit Cyber-Seniors. Cyber-Seniors began as a high school project in 2009 that later inspired a documentary. Due to mounting public interest, the project formally became a nonprofit in 2015.

Cyber-Seniors takes an intergenerational approach to teaching technology. Younger people serve as digital mentors to older students, and the youths offer their computer knowledge through one-on-one sessions or in group classes.

This winter, the AmeriCorps Seniors volunteers serving in Coastline’s Foster Grandparent Program attended online classes through Cyber Seniors, where they learned how to use Zoom and Google Meet, two video conferencing apps. Those enrolled in Coastline’s Senior Community Service Employment Program will be taking classes geared toward the job market later this year.

Salcedo, who has trained older adults in English and Spanish, has found a common thread among older adults as they learn how to use a computer: self-doubt. She said her students will often express a fear that they may “break” something or “get in trouble” if they click on the wrong thing. She reminds her students that making mistakes is part of the learning process.

“The biggest challenge is getting them engaged. They have the idea that they cannot learn,” she said. “I remind them that their brain has something that is called plasticity, and you can expand your brain as much as you can if you keep doing something.”

Anne Demers, who works as a Foster Grandparent in New Bedford’s school system, said she had some experience using a computer prior to taking lessons through Cyber-Seniors, mostly due to the fact that her family urged her to do so.

“My kids told me they had to keep me in the 21st century. I started out with a regular computer, and they eventually bought me an iPad,” said Demers. “I’m not a pro, but I think I’m sufficient at contacting other people through Zoom or email. When it comes to more advanced stuff, I’m not very good.”

The pandemic has dramatically altered the way classrooms are conducted around the nation, and many students around the South Coast have been working primarily from home. Some younger students are allowed inside schools, but the Foster Grandparents have largely been absent from classrooms for safety reasons.

In prior years, Demers said she would help struggling students learn through flashcards. Now that she’s had a crash course in Google Meet, she suspects she could work with children on reading and math through the internet. Regardless, she still worries about how students have been faring in the era of remote learning.

“I am so worried about the kids,” said Demers. “I’ve been a foster grandmother for ten years, and I’ve become so attached to the children.”

Salcedo said that for those who are just learning technology, a good place to start is finding your motivation. Rather than being bogged down by all that technology can offer, think about what interests you. For example, she said one of her former students was religious and was interested in finding like-minded people and subscribing to relevant magazines online. That entry point gave her the ability to learn how to do specific tasks on a computer, and those skills could be applied elsewhere.

Salcedo said that as she trained the Foster Grandparents, it was evident their motivation was reconnecting with students in the South Coast. 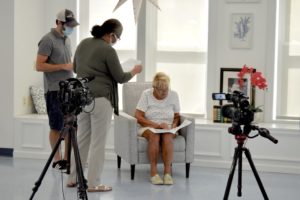 The computer training is another way the Foster Grandparent Program volunteers have used technology to reach out to students during the pandemic. Late in 2020, the program teamed up with Dartmouth Community Media to film a show called “FGP Storytime,” where grandparents would read picture books at the Dartmouth Council on Aging. The films were later shown in classrooms throughout the South Coast.

Florence Rock, a volunteer in the Fairhaven school system, said she has a limited computer skill set – mostly specific data entry skills she had picked up at previous jobs. Rock said Cyber-Seniors was helpful, and she’s hoping she can apply those skills to do what she loves most: helping students learn.

“I miss when you start off with a student in the beginning – and you see when they’re not interested and they’re down on themselves. But as you see them progress, that’s what makes it worthwhile,” said Rock.

The public can enroll in Cyber-Seniors’ programs on their website or request help through their toll-free tech helpline. The website features numerous classes, which you can watch and follow along at your own pace. The group classes are recorded and emailed to participants for later review.

“Find what is you want to get from the internet – it doesn’t need to be everything,” said Salcedo. “Start with one thing, and it will lead you down a different path.”