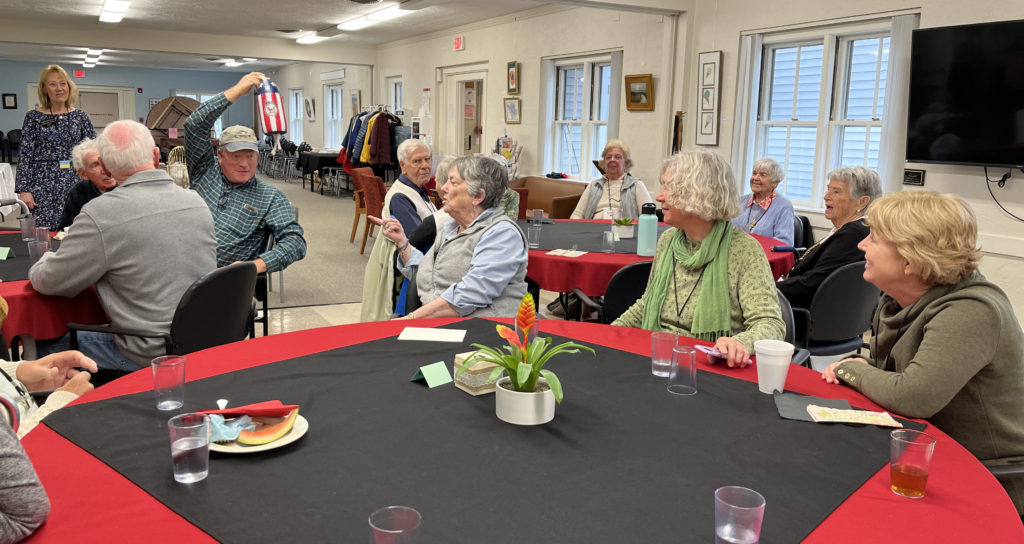 Barbara Meehan never planned on being an advocate.

In 2007, she was 60-years-old looking forward to retirement with her life partner Faye Miles. They had both worked in public education for decades, Faye as a physical education teacher and Barbara as a guidance counselor, and had plans for post-retirement life together, playing some golf, traveling a little, and visiting family.

Then Faye began exhibiting strange behavior, forgetting things, and becoming easily confused. She got lost on a simple drive. They struggled with getting a diagnosis, but the symptoms were clear.

Over the next 8.5 years, Barbara became Faye’s caregiver as she lost parts of herself to Alzheimer’s disease. She died in October 2015 at age 75 after 35 years of partnered life with Barbara.

“Anyone caring for someone (with dementia), you’re grieving all the time, every day. You may think that when the time comes, you’re ready,” Barbara said, thinking back on that time. “But no, not at all; even though I knew she needed to leave.” 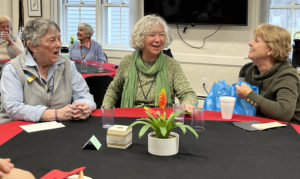 “I asked God all the time, just give her some peace,” she continued. “I learned it’s important to tell her it’s okay to go.”

After Faye’s death, Barbara was faced with the question of what to do next, only to discover she was already living her answer.

“The answer was I become an advocate and volunteer,” she said.

For Barbara, advocacy became a path through grief. She was good at it, receiving invitations to speak at conferences, representing a caregiver’s point of view as well as the perspectives and needs of the LGBT communities and finding hope and community as her experiences allowed her to help others.

She sought counseling too, which was helpful, but not the sole solution.

“For the first year (after Faye died) one of the only things that made me happy was Memory Cafe and doing what I was doing with the Alzheimer’s Association,” Barbara said, referencing the Marion Council on Aging’s Memory Café for people living with dementia and their caregivers.

Less than a year after Faye died, Barbara was speaking at an Alzheimer’s Association conference in Washington D.C. to more than 1,200 people, as the first gay partner to be asked to tell their story at the national event. In 2018, she was standing to the left of Gov. Baker as he signed H.4116 An Act relative to Alzheimer’s and Related Dementias in the Commonwealth. She is currently one of only three caregivers to serve on the Massachusetts Advisory Council on Alzheimer’s Disease and All Other Dementias, formed in 2018 to advise the Executive Office of Health and Human Services and the Legislature on Alzheimer’s disease policy.

Barbara’s advocacy work began without big expectations soon after Faye was diagnosed. She remembers showing up for her first Alzheimer’s Association walk not knowing anything about the event. When she signed in, they gave her a lanyard and a whistle and she stood there holding them, perplexed.

Before COVID-19 shut things down, she ran regular health fairs and an in-person support group for LGBT caregivers of people living with dementia. She is passionate about reducing the misunderstandings around what the disease is and isn’t.

“People think that Alzheimer’s is an illness of the elderly and it’s not,” she said, noting that so many people get diagnosed in younger years. “People really don’t understand. This is why it’s killed me to have no health fairs for two years (through the pandemic).”

COVID did so much damage, Barbara said, noting the courage of families forced to be apart and the devastating impact of isolation.

Barbara advises anyone struggling with loss from Alzheimer’s to find something to focus on, like she did with advocacy. Also learn to let something go. “I opted for ironing,” she said laughing. “I said to myself, I am doing everything…I can’t iron anymore.”

A tougher decision was letting go of the extensive beautiful gardens Faye had created. “You have to find your limits,” Barbara said.