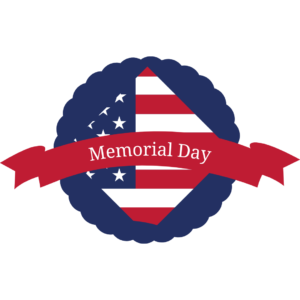 Several town events are being planned this year as Memorial Day activities to honor the men and women who died while serving in the U.S. military. Considered the unofficial start to summer, Memorial Day began in the years after the Civil War and became a federal holiday in
1971. It was originally known as Decoration Day for its tradition of cleaning and decorating local cemeteries.

DARTMOUTH
Memorial Day Parade
Monday, May 30
Information: 508-910-1818
A Memorial Day Parade will start at 9 a.m. from the town landing on Gulf Road, travel over the bridge and then north on Elm Street to the South Dartmouth Cemetery for a ceremony. Veterans who are residents of the town are being asked to march in the parade (they must have DD214 or valid veterans ID). Please contact the Dartmouth VSO at 508-910-1818 to add your name to the list. Residents who own a convertible and would like to participate in carrying a veteran with mobility issues, are asked to reach out to Norman Gunderson at 508-994-0572.

FAIRHAVEN
Memorial Day Parade
Monday, May 30
Information: 508-979-4023
The annual Memorial Day Parade steps off at 10 a.m. from the intersection of Main and Center streets and proceeds north on Main
Street to Riverside Cemetery where there is ceremony at the Civil War monument with participation from military and veterans
groups and others. The event is coordinated by the Fairhaven Veterans Services office. For information email Brad Fish at bfish@
fairhaven-ma.gov or call 508-979-4023, ext. 114. Veterans are invited to participate. The COA will have a van in the parade for veterans
who would like to join them. Meet at the Senior Center for 9 a.m. to board van.

MARION
Memorial Day ceremonies
Monday, May 30
Information: 508-748-3500
The town of Marion will hold a Memorial Day ceremony at 9 a.m., May 30 at the Music Hall, 164 Front St. featuring local officials, guest speakers, the Sippican Elementary School band and the Portuguese American band. After a short ceremony, a procession
will travel from the Music Hall, north on Front Street to the Old Landing Veterans Park to reconvene for another ceremony. The Marion Council on Aging is also holding an event for veterans, active-duty service members and their guest at noon on May 21 at the COA. Call the COA for more details.