Pandemic Highlights the Ongoing Fight for Equality this MLK Day 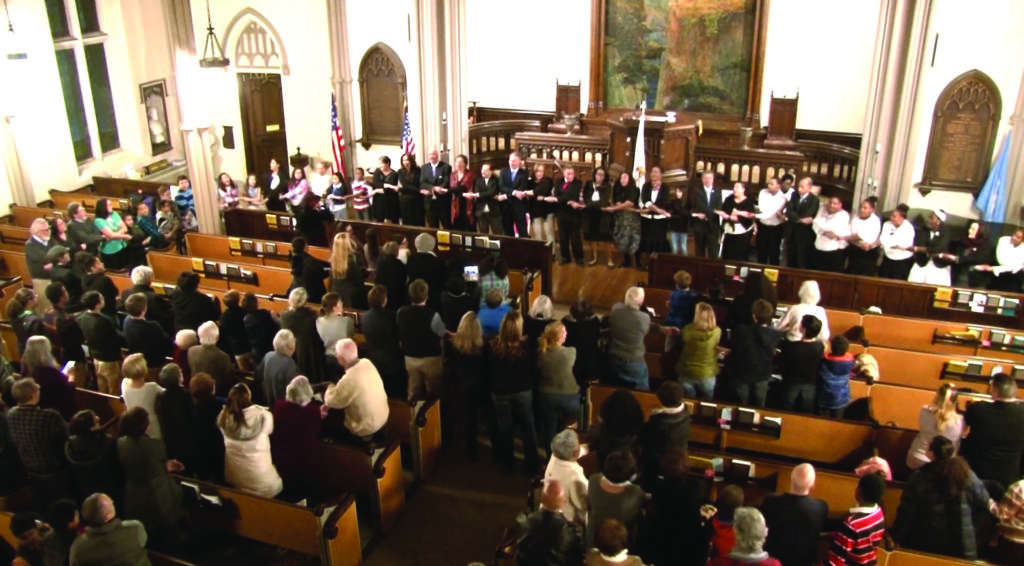 This article originally appeared in the February 2021 edition of Senior Scope. Article by Seth Thomas.

Flash forward one year later, and the world is entirely different. Social distancing has emptied church pews around the nation. Annual events that typically draw large crowds have migrated to the internet. And the mayor of New Bedford, who gave remarks during the event last January, was recovering at home from the coronavirus.

Regardless of the numerous obstacles brought on by the past year, citizens of the South Coast pressed on and celebrated the legacy of Dr. King this January. Local colleges livestreamed presentations over Zoom, and New Bedford Cable Access produced the City’s celebration as a TV show (which is also available on YouTube). The show combined new remarks from guest speakers with highlights from previous years’ performances and speeches.

Marci Pina-Christian, Chairwoman of the MLK Program, said it was important for the show to go on, especially considering how much the nation has grappled with throughout 2020: COVID-19, a reckoning over systemic racism, major disruptions for students, disparities within the health care system and an economic crisis.

“Yet we still remain hopeful and vigilant in working together for justice and equality that our democracy promises to us all,” said Pina-Christian.

Mayor Jon Mitchell, who offered remarks in a pre-recorded speech from his home, said that social progress doesn’t happen on its own – it requires work from all of us.

“When times are tough, it’s important for us to return to first principles,” he said. “And these times are tough: a 100-year plague, a considerable amount of civil strife, and a general anxiety about our country’s future. In this time of uncertainty, we need to think how we can work together.”

New Bedford Health Director Damon Chaplin, the event’s keynote speaker, focused on the intersection of health and race. Chaplin said that if King were alive today, he would likely demand better protections for those most impacted by the pandemic.

“Our local public health system here in Massachusetts, which has struggled to protect our most vulnerable populations, has a unique opportunity to reform itself,” Chaplin said. “Like many other densely populated cities, New Bedford has been confronted with the devastation of the pandemic, and as a result, suffers from a disparate number of poor health outcomes for its Black and Latino residents.”

At the time of the presentation, New Bedford had about 9,600 total positive COVID cases and 252 deaths. He said that although New Bedford’s Black and Latino populations represent about 30 percent of the total population, they have accounted for about half of the city’s positive cases.

“These communities have long been among the lowest in resources and highest in poor health outcomes. Structural disparities like funding, staffing and training among local health departments not only affect our rural communities, but our larger cities,” he said.

Jones said we have a shared responsibility to work toward equality, even if the fight for the rights of a given group may not impact us personally.

“Many of us are still marching for our freedom. To be heard and affirmed in our place in society, in a society that continues to brutalize people on the color of their skin, because of their country of origin, because of their beliefs,” he said. “Dr. King fought for equity and so much more. We must do our part to continue marching.”