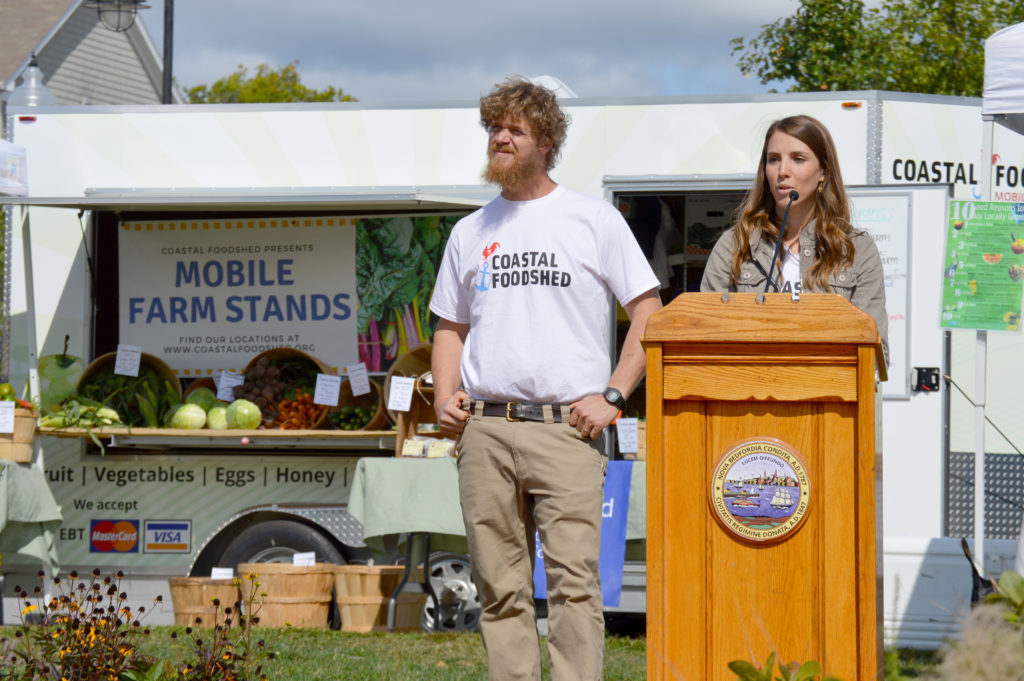 This summer, Coastal Foodshed, the organization that manages the farmers markets in New Bedford, embarked on a project that brought fresh, locally sourced food directly into the community – without needing to coordinate a large-scale farmers market.

The mobile market – which is a trailer that opens into a farm stand – has made about 70 stops this summer since launching at the end of May at regularly scheduled locations and at pop-up events.

The farm stand serves dual purposes: providing the community with fresh, locally sourced food and assisting farmers by selling their wares without having to leave their farms to sell products at a traditional farmers market.

“The Mobile Farm Stand is a way to bring local food into communities where it’s not grown, making it easier to buy, easier to eat, and making it easier for farmers to sell,” said Dan King, who manages operations at the farm stand.

The project began last year as a pilot program, though the effort was on a smaller scale. Coastal Foodshed would set up a few tables beneath a tent, and the options for consumers were limited.

“We did well last year. People loved what we were doing, but now this year, we’re more consistent in where we’re going, and we’re bringing a more diverse amount of products,” said Stephanie Perks, co-director of Coastal Foodshed. 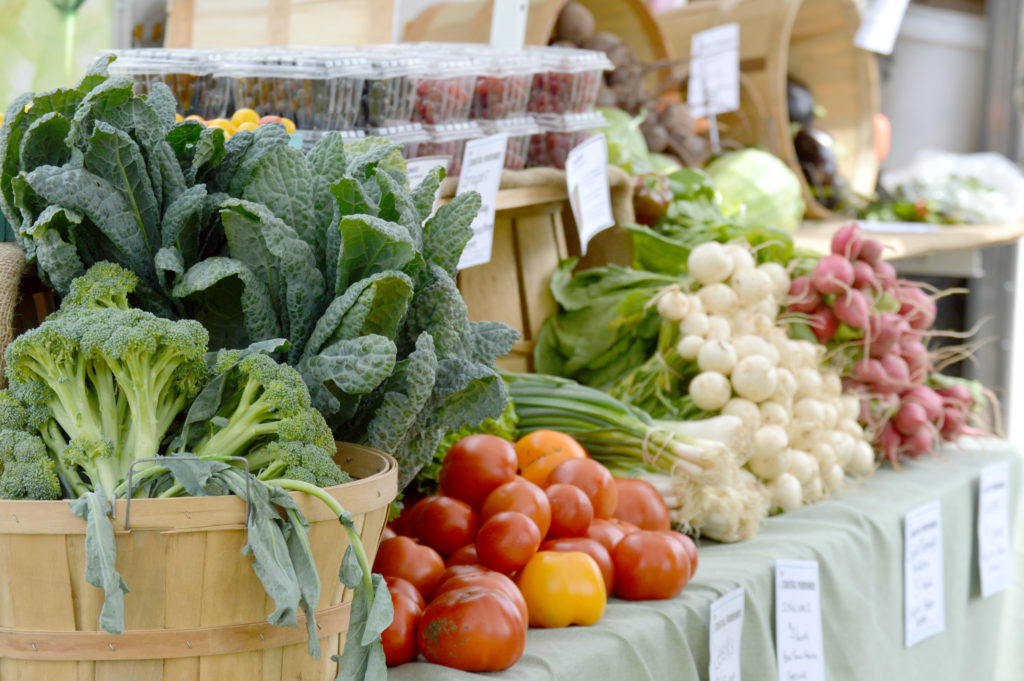 Through funding from Alma del Mar, the Community Foundation and the Agnes M. Lindsay Trust, the nonprofit was able to secure a trailer and truck. Funding from the Harvard Pilgrim Health Care Foundation enabled Coastal Foodshed to hire King to manage the project.

The Harvard Pilgrim Health Care Foundation has funded seven mobile market projects, three of which are based in Massachusetts.

“Health starts with healthy food, and everyone should have access to healthy food,” said Karen Voci, President of the Harvard Pilgrim Health Care Foundation. “There are so many instances where, because of income or location, people can’t access it.”

“The reason the mobile market is working well is because of the people who do it. You have to be a certain kind of organization to want to take this on,” said Voci.

“New Bedford is known for its sea food, but it also sits in the middle of an area of Massachusetts that is arguably the breadbasket of the state,” said New Bedford Mayor Jon Mitchell. 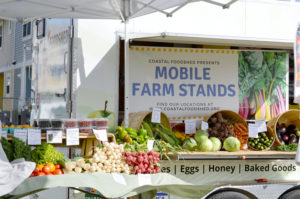 John Lebeaux, the Commissioner of the Massachusetts Department of Agricultural Resources, said there are nearly 700 farms in Bristol County, farming on about 32,000 acres of land with annual sales of about $35 million. Mobile markets are an example of a new marketing channel, and farmers need more options to remain viable, he said.

“Agriculture in the South Coast is a big deal. It’s a big part of the economy and the way of life,” said Lebeaux. “What we have here is a farm stand that not only provides a new marketing opportunity for South Coast farmers, it also provides access to nutritious locally grown food to area residents, including those using WIC and SNAP benefits.”

The project ties in with New Bedford’s effort to become a more livable community as part of the AARP Network of Age-Friendly States and Communities. The City and partnering agencies have spent the past year implementing an action plan, which includes increasing access to healthy foods and supporting older adults’ attendance at farmers markets.

Coastal Foodshed also tries to appeal to a variety of customers by accepting as many forms of payment as possible, including cash, credit, EBT/SNAP, WIC and senior coupons. SNAP recipients can make use of the Healthy Incentives Program (also known as HIP) at the mobile farm stand.

HIP provides SNAP recipients in Massachusetts with extra benefits when purchasing fresh fruits and vegetables. HIP can only be used at farmers markets, farm stands and CSAs.