A Year into the Pandemic, Demand for Meals on Wheels Remains High 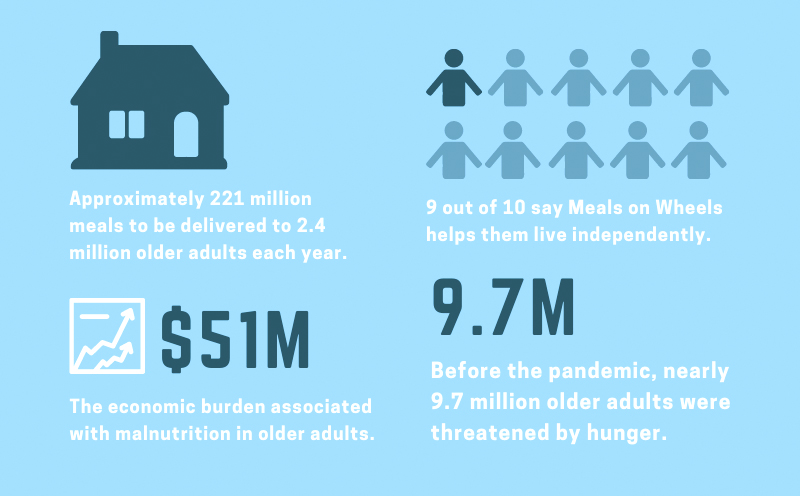 Every March, Meals on Wheels America celebrates “March for Meals,” a commemoration of the establishment of the national nutrition program and an awareness campaign for food security. Food access has remained a challenge throughout the pandemic, and now a year into the crisis, Coastline’s Meals on Wheels program remains busier than ever.

Not long after the pandemic was declared a national emergency on March 13, 2020, demand for Meals on Wheels increased. At the time, grocery stores struggled to keep shelves stocked as the public entered a period of panic buying. Moreover, the question of exactly how dangerous lingering inside public spaces, such as big box stores or cities buses, was unclear.

“This time of year, our numbers are generally up. But now there are less alternatives, so it’s remained high,” said Philip Beard, Coastline’s Elderly Nutrition Program Director. “It’s expected to remain high until everyone’s vaccinated.”

To meet demand throughout the past year, Coastline was joined by numerous outside agencies, community partners and volunteers. In addition to regular meal delivery,

“The Councils on Aging have been terrific,” said Beard. “They’ve been coping with their own needs and their own changes, and yet they’ve been supportive of us.”

The national nutrition program, which includes services like Meals on Wheels, was initially established on March 22, 1972, when President Richard Nixon signed a law amending the Older Americans Act of 1965. It remains the only federally supported program designed to meet the nutritional and social needs of older adults. Nationally, there are about 2.4 million people receiving meals each year.

According to the nonprofit Feeding America, about 5.3 million older adults were considered food insecure prior to the pandemic. “Food insecurity” is defined as a household’s inability to provide enough food for every person to live an active, healthy life. In an October 2020 analysis on the impact of COVID-19, Feeding America reported that Massachusetts was projected to have the largest relative increase in the food insecurity rate compared to all other states. With no clear end in sight, the nonprofit anticipates that demand for food relief will continue.

Beyond providing a meal to older adults, Beard said Meals on Wheels introduces many consumers to Coastline and its various services.

“I think we’ve opened people’s eyes to the possibility of including us as part of their successful aging,” said Beard. “Once people come in and get to know us, they sense that they could really have a partner in Coastline.”