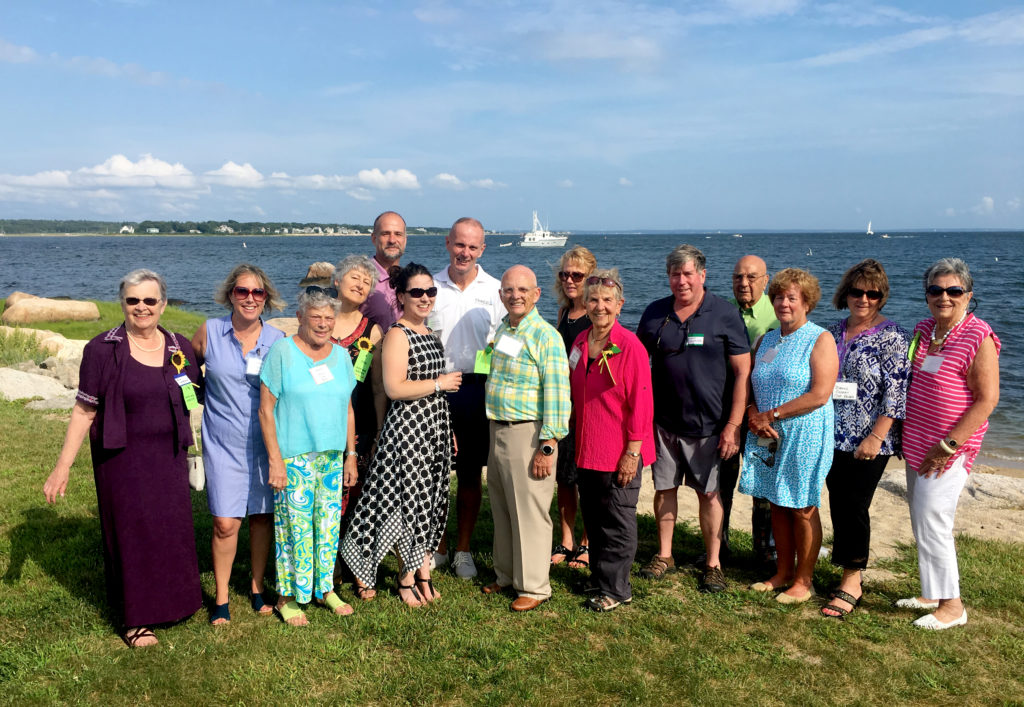 This article originally appeared in the September 2019 edition of Senior Scope. Article and photo by Seth Thomas.

After spending the past few years settling into its new location, the Marion Council on Aging community is looking toward the future – including ways to improve the building for everyone.

At a recent event at Sippican Harbor, the Marion COA community raised funds for quality-of-life improvements to the center and paused to appreciate how far they’ve come over the past few years.

The Marion COA is currently housed in the Benjamin D. Cushing Senior and Community Center, a building that previously served as the headquarters for the Veterans of Foreign Wars Post 2425. But, due to a decline in membership, the VFW chapter donated the building to the town.

“Having the new space – and everything under one roof – is wonderful,” said Andrea Keene, Membership Officer for the Friends of the Marion Council on Aging. “[The center] has gone in such a positive direction. It’s taken off tremendously.”

Harry Norweb, chairperson of the Marion COA Board of Directors, said the plan was to spend some time settling into the new location to see what renovations would be needed the most. It quickly became apparent that partitions would be ideal for the main activity room, which was one, large room. Norweb described the space as an “echo chamber.”

“You couldn’t have people doing Zen meditation at one end and Zumba at the other. It doesn’t work well,” he said.

This summer, partitions were installed in the main activity room by way of a donation from the Friends of the Marion Visiting Nurse Association. The center subsequently plans to expand its programming this fall, with a new meditation class and line dancing class added to the lineup in September.

The fundraiser at Sippican Harbor on Aug. 7 raised funds for the center’s next big project: installing walls in the office area. Karen Gregory, the director of the Marion COA, said the walls will enable both the COA and the Recreation Department to have private conversations with members of the public who visit the center seeking assistance.

The veterans who started it all were clearly on the minds of the patrons of the community center. Newspaper clippings and photos of the VFW were on display at the entrance of the party.

“It’s of course a shame to see the VFW have to close down its chapter, but they couldn’t have done a bigger service to the community by giving us the Community Center,” said Norweb.

“About every quarter, we hold an event just for veterans,” said Gregory. “And we do it on a weekend so the building is just theirs again. It’s a nice way for them to have the building back and connect with each other. We plan on keeping that up.”