Cyclists Support South Coast Bikeway at Pedal for the Path 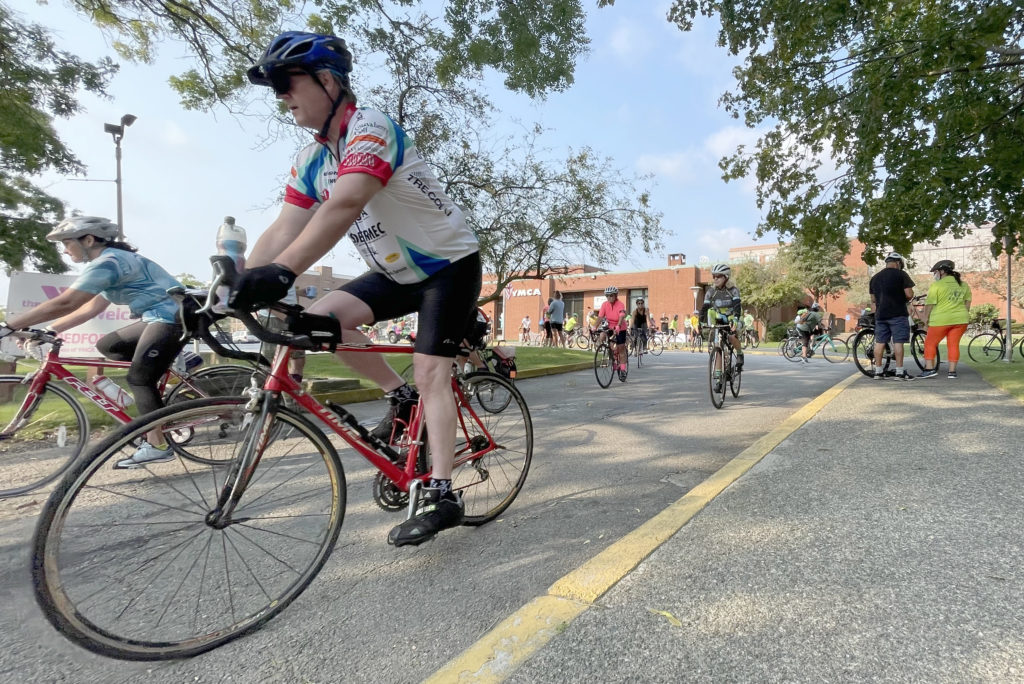 On a windy September morning, more than 100 bicyclists set off from the New Bedford YMCA to ride throughout the region as part of the fourth annual “Pedal for the Path” event, which raises funds for the South Coast Bikeway Alliance.
The event, held on Sept. 12, tasked riders with taking one of three ride options (either 12, 25 or 47/60 mile routes) through New Bedford, Dartmouth and Westport. The event raised about $6,000, which will be used to complete more work on the trail.

The Alliance aims to develop a 50-mile system of bike trails from Swansea through the South Coast to the Cape Cod Canal. The bike path will be a mix of bike lanes, bike paths or multi-use paths, and parts of the bikeway are already in place in Swansea, Fall River, New Bedford, Fairhaven, Mattapoisett and Wareham.

The Pedal for the Path event came at a time when the Alliance had just completed the second phase of its “Closing the Gap Feasibility Study,” which examined possible routes to connect Fall River, Westport, Dartmouth and New Bedford. The Alliance, alongside representatives from the relevant communities and SRPEDD (the Southeastern Regional Planning and Economic Development District), worked on the feasibility study.

Closing the gap between Fall River and New Bedford, however, is more complicated than simply connecting the dots from point A to point B. “There are many different complexities, but the basic ones are environmental concerns, land ownership rights and getting support from the communities to be able to change uses,” said Chris Keyes, a Norton resident and biking advocate. “Motor vehicles are king, and even small changes to motor vehicle patterns are met with resistance.”

The report, which has been published online, identified four possible routes, with the northern most route being the preferred choice. The study is just another step along the way in closing the gap, and it concludes by recommending further community outreach and collaboration to solidify plans.

In a cycling survey among older adults conducted last year by the AARP, respondents reported an increased interest in biking, especially given the restrictions on indoor gathering brought on by COVID-19. Respondents also expressed a need for high-quality bike networks with “fewer potential points of conflict with motorists.” 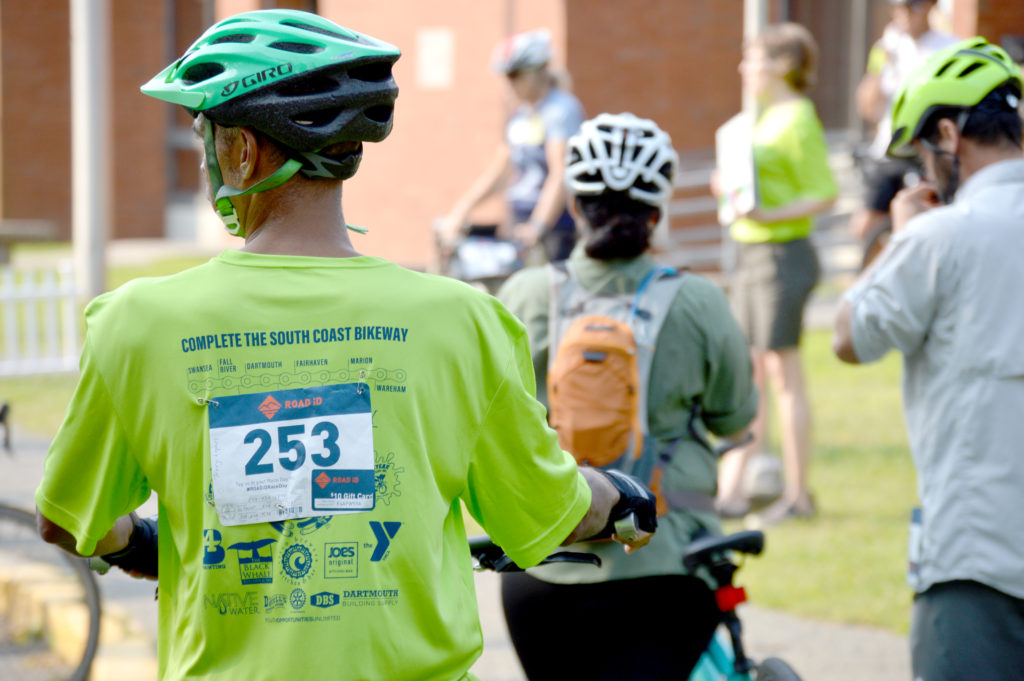 “The transportation game is changing,” said Keyes while bikers prepared to set off in the New Bedford YMCA parking lot. “It’s important for communities to recognize the benefits as well as the evolution in transportation. It’s going to result in a lot of bikes on the road – and a need to be able to have safe ways to travel.”

For those unfamiliar with the bikeway, the Alliance’s website features an interactive map where you can track a path. Users can click on specific parts of the route for more detailed information.

Keyes said, if you’re new to biking and want to check out the path, a great place to start is the Phoenix Trail in Fairhaven, which is off-road. The trail runs along South Street, and bikers can follow the trail east to Mattapoisett.

To learn more about the bike path or the South Coast Bikeway Alliance, visit: southcoastbikeway.com.

The Alliance’s Facebook page publishes regular updates and about ways you can get involved: facebook.com/southcoastbikeway.

The results of the Phase 2 Feasibility Study, which explored options for closing the gap between Fall River and New Bedford on the trail, is available on SRPEDD’s website. Click here to read the study.