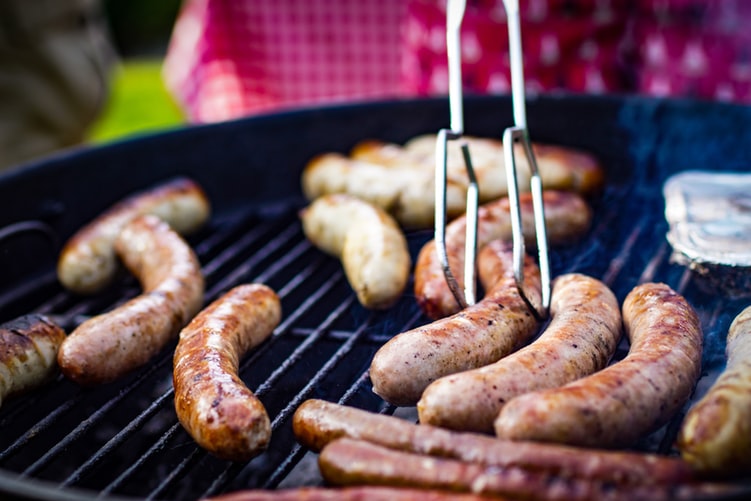 Colorectal cancer, one of the most common forms of cancer in the United States, also happens to be one of the most preventable types of cancer. The key to prevention, however, rests largely on your willingness to be screened.

Victor Pricolo, MD, Southcoast Health’s Chief of General and Colorectal Surgery, gave an overview on colorectal cancer on Nov. 6 during a bilingual presentation at the Immigrants’ Assistance Center in New Bedford. He urged the audience to have regular medical exams.

Colorectal cancer — cancer of the colon or rectum, which is located at the digestive tract’s lower end — is the third most common type of cancer in the United States. For women, it’s after breast and lung cancer; for men, it follows lung and prostate cancer. Approximately 130,000 new cases of the disease are diagnosed each year. This type of cancer typically begins as clumps of noncancerous cells called polyps that form along the digestive tract.

There are several causes of colorectal cancer. A slim minority of cases — roughly six percent — are hereditary, meaning you acquired the genes from your family. This is an important distinction because some people may not get screened for colorectal cancer, assuming they are immune because the disease doesn’t run in their family.

Around 25 percent of cases are linked to what you eat. Foods heavy in charred animal fat, such as grilled meats, as well as processed meats, like sausage and bacon, have been linked to colorectal cancer.

Back in October 2015, the World Health Organization classified processed meats as carcinogenic to humans. Processed meat refers to meat that has been “transformed through salting, curing, fermentation, smoking, or other processes to enhance flavor or improve preservation,” according to WHO. This includes bacon, ham, luncheon meat, pâtés and canned meat.

However, Pricolo said the overwhelming majority of colorectal cancer cases are caused by “bad luck.” When cells divide, which is a normal bodily function, sometimes the DNA is damaged and cells develop into cancerous cells.

“We cannot pick our parents, so we cannot change our genetics. We can change our diet, but there are only so many things we can control,” he said.

Compounding the problem is that most people will not experience symptoms during the early stages of colorectal cancer. This means that frequent screening is especially important.

“Most cancers are not really preventable because they develop from a normal cell straight to cancer,” said Pricolo. Polyps, however, can take years to develop into colorectcal cancer, meaning the growths can be removed before they become cancerous.

Colonoscopies are the most common exam for colorectal cancer. Prior to the procedure, patients will be asked to perform an at-home bowel prep, which typically involves ingesting laxatives to clear the intestines, making it easier for medical professionals to spot irregularities along the digestive tract and remove polyps.

Patients will receive medication prior to the procedure and should not feel pain. A doctor passes a colonoscope through the anus and into the rectum and colon, sending a video image to a monitor, which enables the doctor to examine the large intestine. The procedure will take about 30 to 60 minutes.

Pricolo said there are alternatives to the often derided high-volume laxative used to prepare for a colonoscopy. There are smaller volume doses, for instance. There is medication you can take prior to the cleanse to minimize nausea.

There are non-invasive alternatives to colonoscopies as well. One test checks for blood in the stool. Another, called Cologuard, looks for abnormal cells in your stool. X-rays and CAT scans of the colon can also detect polyps.

However, none of these alternative screening methods prevent cancer because these exams will not remove polyps. If polyps are detected during these non-invasive tests, a colonoscopy will be needed afterward.

If you have a family history of colorectal cancer, you should be screened at age 35 or 40. If you do not have a family history, you should have your first colonoscopy at age 45. If that sounds like a young age to have a baseline colonoscopy, that’s because patient data has revealed that instances of colorectal cancer are occurring at younger ages.

Pricolo said if your first colonoscopy is normal, you could probably go 10 years between your next exam, provided you have no symptoms. If you see blood in your stool or have changes in your bowel function, you should see your doctor.