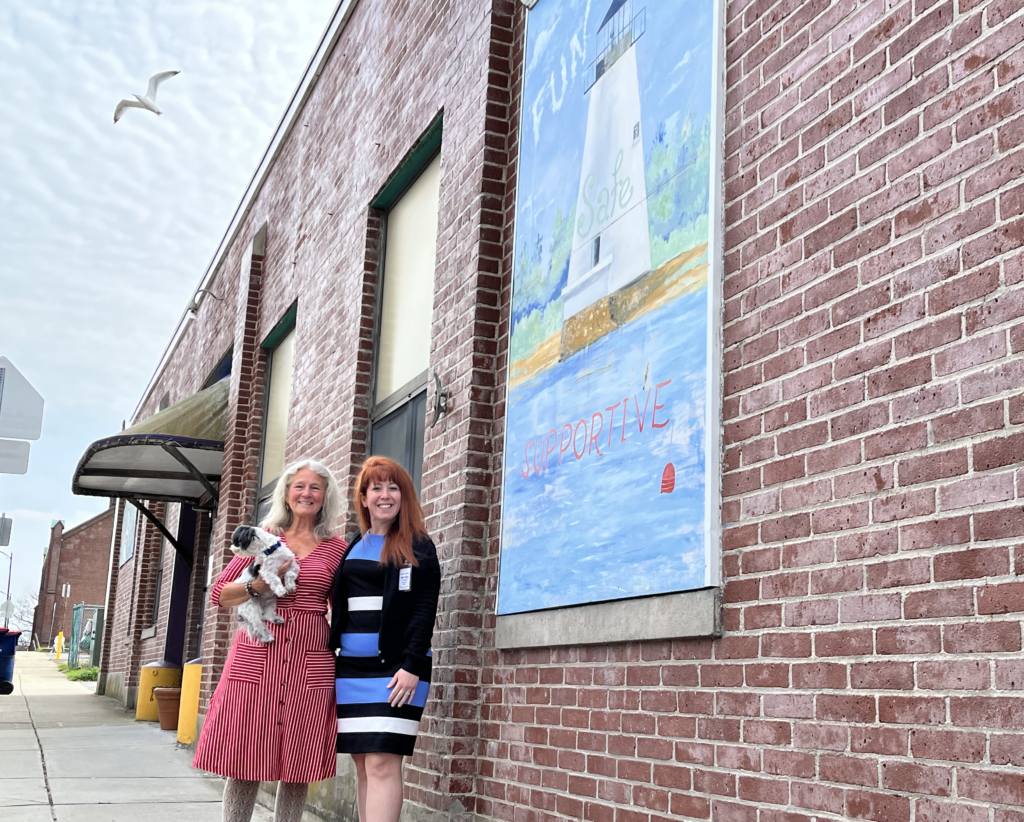 Karen Maciulewicz remembers the early days of Project Independence when the adult day care center was serving about 25 older adults a day in a tiny, 1,250 square-foot space in the basement of a County Street church.

The program was only four years old at the time but had grown quickly. There were five people on staff and every space in the North Baptist Church basement was put to good use, including the hallways. Maciulewicz’s office was located in a former closet.

The center had been one of only two adult day care centers that were open in New Bedford in the early 1980s, Maciulewicz said, filling a big gap in available services for older adults who wanted to continue living independently.

“We were an alternative to nursing homes,” she said, “allowing families to keep their aging parents or grandparents at home a lot longer.”
Nearly four decades later, Maciulewicz is looking ahead to retirement. In June, she’ll officially step down and hand the reins over to Brittany Botelho, the new executive director who has been working with Maciulewicz since January to transition leadership.

Botelho brings a master’s degree in health care administration and a psychology undergraduate degree to the position and was formerly a home care manager for Coastline Elderly Services.

In the 1990s, Project Independence moved to its current location at 250 Elm St. in New Bedford, giving them much needed space – 12,500 square feet of it. The location, closer to downtown, helped the center connect and partner with nearby organizations, such as the city’s alternative high school and Carney Academy.

These partnerships led to intergenerational projects that benefited youth and Project Independence adults, said Maciulewicz. One 1990s program, for example, brought youth to the center to learn from participants and then translate that knowledge into six painted murals that can still be seen on the building and other city sites today.

“The goal was to help those teens connect with the culture of the city…and give them the opportunity to develop relationships with seniors,” said Maciulewicz. “So we could bridge that gap.”

In 2002, Project Independence renovated the western section of its Elm Street building, opening up new space for small group therapy rooms, activity spaces, and an arts and crafts room.

The space “allowed us to provide more than other programs,” said Maciulewicz, describing the center’s yoga, meditation, and painting activities.

In 2018, Project Independence, in collaboration with Coastline Elderly Services and the New Bedford Council on Aging, started a Portuguese-speaking Memory Café, supporting adults who were experiencing memory loss. The program was the first for Portuguese speakers in the nation.

Botelho comes on at a time when Project Independence is still rebuilding after closing down for five months during the height of the COVID-19 pandemic. The reopening was done slowly and carefully to keep everyone safe, adding 10 people back into the program every two weeks over a series of weeks in line with state and other guidelines, according to Maciulewicz. Even so, some participants chose not to return.
Asked about her plans, Botelho said her initial focus will be on growth and sustainability.

“It’s equally important to understand our participants and their needs, as well as what their needs are outside of this building,” she added.
Maciulewicz said she is excited about Botelho’s leadership and Project Independence’s future as the organization turns 40 in July.
Botelho has “all the key components for me for a leader,” Maciulewicz said, noting her understanding of adult day health, community presence, creativity and organizational acumen.