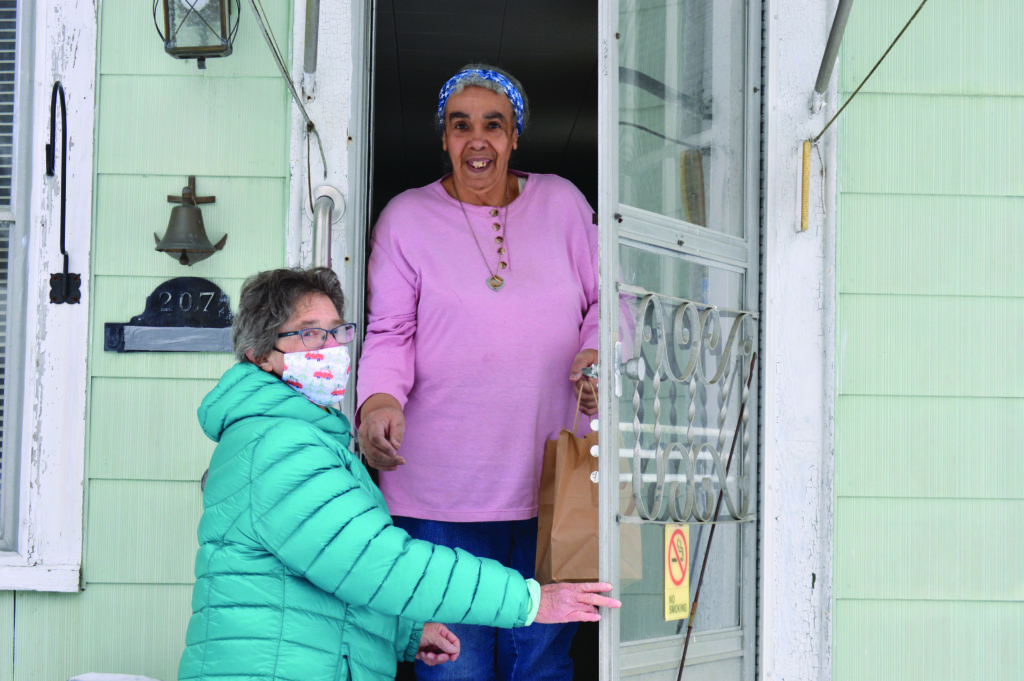 On Dec. 17, a nor’easter swept through the Northeast and New England, breaking records in upstate New York and New Hampshire, and citizens of the South Coast were still digging themselves out the following day.

As luck would have it, the Rochester Council on Aging had planned to celebrate the holidays on Dec. 18 with a meal to go. Volunteers spent the morning prepping ham, green bean casserole, and apple crisp, and by 11 a.m. the meals had been packed into brown bags, ready for volunteers to make door deliveries. 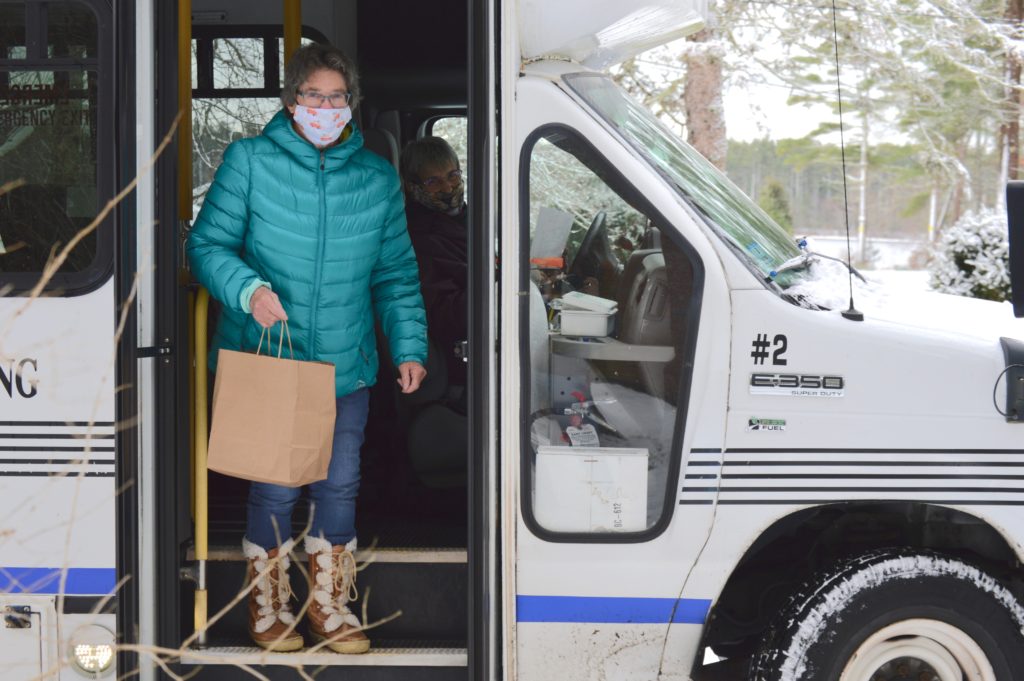 “Usually we have a Christmas party,” said Barbara Francis, who has worked as a driver for the Rochester COA for nearly a decade. “We usually have about one hundred people for Thanksgiving and Christmas, but we couldn’t do it this year, so we’re delivering.”

Francis, equipped with a map of Rochester and a cheetah-print face mask, navigated the snowy streets, and Linda Jenkins hopped off the bus to make door deliveries.

Jenkins has volunteered at the center throughout the pandemic, namely during its Wednesday coffee hour. She said the council on aging has been mostly quiet. 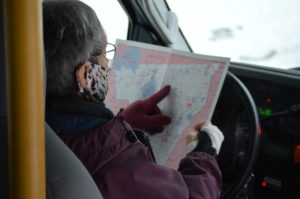 “You don’t see the regulars you normally would. Some of them don’t drive in bad weather. Some of them are afraid,” said Jenkins in between stops on the delivery route.

She said most activity from the Rochester COA has centered on food relief, whether it was from the Boston Food Bank, Coastline or PACE.

“If you need anything, you could call. You might not be able to go to the center, but you can always call,” said Perkins.