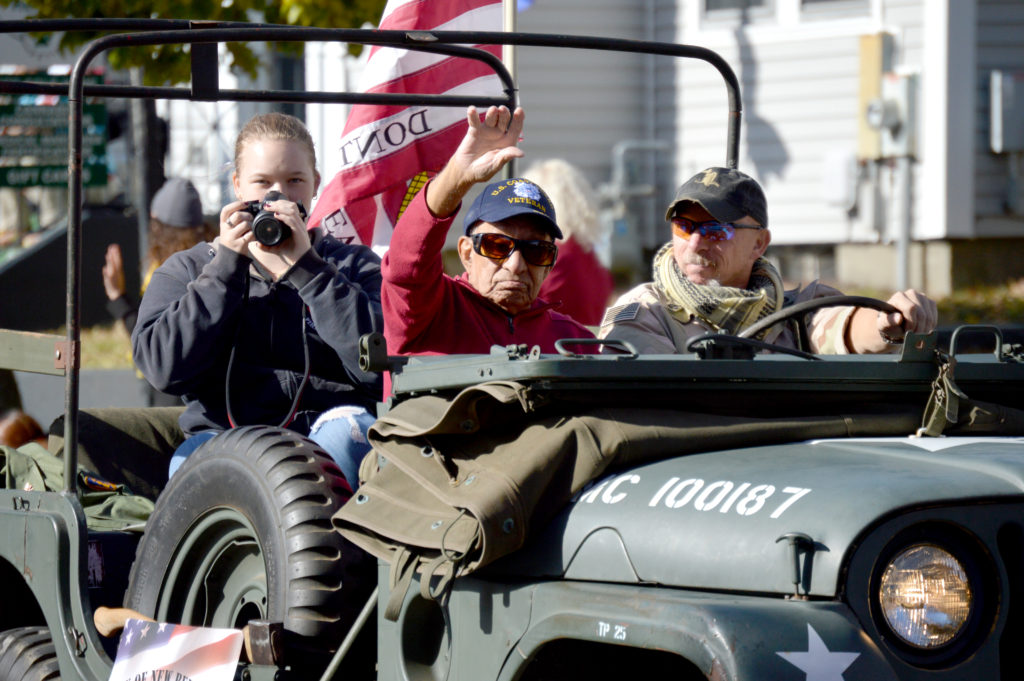 This Veterans Day was a return to form as communities around the South Coast and the nation held public ceremonies honoring those who served.

Last year, COVID-19 cases were beginning to surge ahead of the holiday season, and the parades and in-person gatherings that typically mark the occasion were canceled. At the time, citizens improvised. Several of the local councils on aging held drive-through events, providing meals for veterans on-the-go, and the City of New Bedford held a small ceremony that was televised.

This year, the City’s parade returned, and Union Street was lined with people waving American flags and cheering as a long procession drove past.

“It is moving today to express our collective gratitude for the service of the City’s veterans,” said New Bedford Mayor Jon Mitchell.

“[Veterans], in signing the dotted line and swearing an oath to protect and defend the Constitution, showed up in the most profound way,” he said. “That’s an example we should all take to heart, especially in a country that is so divided today.”

“Veterans are the cornerstone of our country, and [they] fought so that we could be here today,” said Deven Robitaille, Commander of Acushnet’s VFW Tuttle Post 7239, to a crowd gathered outside of Fairhaven Town Hall. “They are the one percent of the population that towed the line and selflessly devoted themselves to our freedom. If it wasn’t for them, we couldn’t be us. Engage them, support them, thank them.” 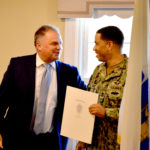 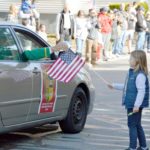 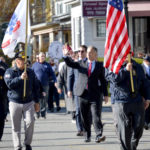 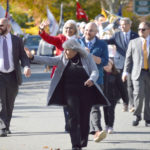 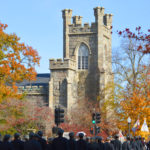 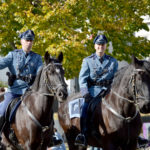 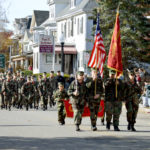 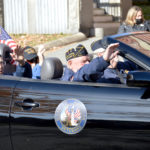 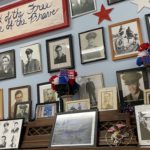 An in-person luncheon was also held at the Fairhaven Council on Aging. The event, which director Anne Silvia said would be her last ahead of her retirement, honored those who were present and those who were not.

“As you can see, there are a lot less veterans here this year than in the past,” said Silvia. “I want to send well wishes to the veterans who are not able to attend. They may be in nursing homes or not able to get around like they used to.”

To mark her 10 years with the Fairhaven Council on Aging, Silvia looked back at her logs and read the names of veterans who the center had lost in the past decade.

Days prior, Dartmouth honored its veterans during a luncheon on Nov. 5, which was sponsored by the Dartmouth Friends of the Elderly and State Representative Chris Markey. Francis Galvin Morey, a World War II veteran, was honored for his service in absentia.

Roy Oliveira, the former Dartmouth Veterans Agent, urged the veterans in attendance – three of whom were veterans of World War II – to share their stories.

“There are currently nineteen million veterans, which is about ten percent of the adult population of this country. There’s less than one percent of the population currently serving in active duty,” said Oliveira. “It’s important to ask veterans to share their stories. Because once they’re gone, those stories are gone, too.”

“I know it’s hard to talk about it sometimes. But it’s important so that your legacy can live on,” he said.

This year’s Veterans Day was marked nationally by a unique opportunity. The Tomb of the Unknown Soldier celebrated its 100th anniversary, and members of the public were allowed to lay flowers at the site on Nov. 9 and 10.

The plaza at Arlington National Cemetery in Virginia is typically reserved for dignitaries and sentinels of the 3rd U.S. Infantry Regiment, who guard the site. The public has not been allowed to walk the plaza in nearly a century. The tomb dates back to 1921, and draws inspiration from the high number of unknown dead that resulted from World War I.