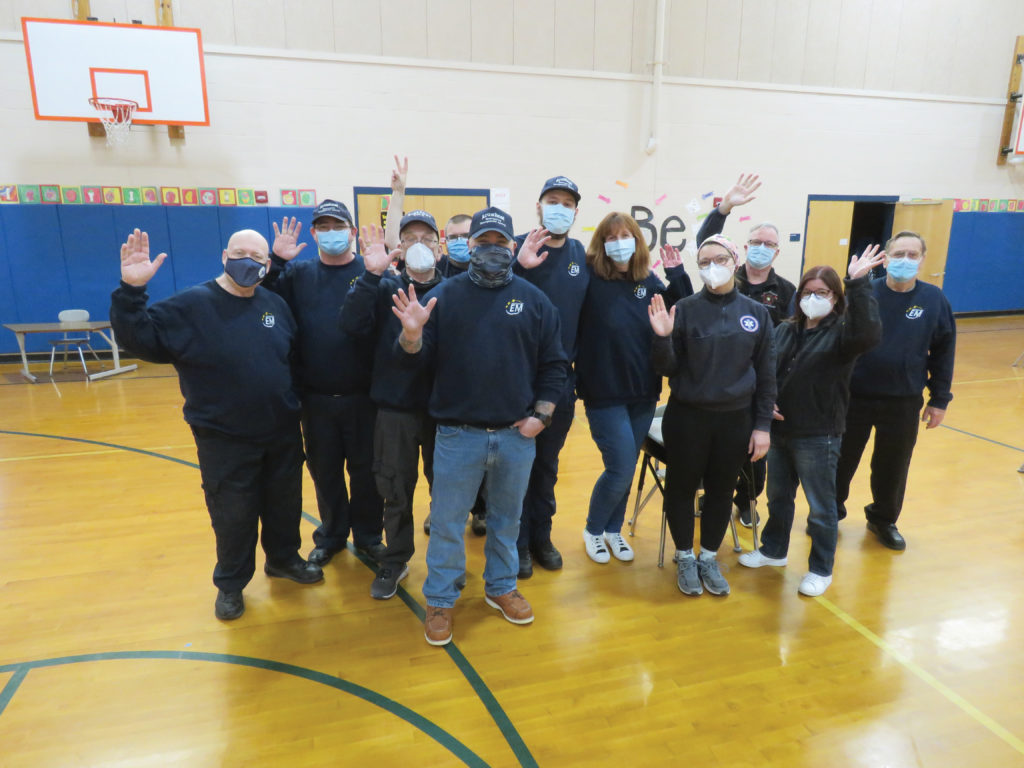 On Saturday mornings, the Acushnet Elementary School gymnasium becomes a COVID-19 testing site – though, at first glance, it looks more like an obstacle course.

Members of the Acushnet Emergency Management Agency (EMA) greet visitors at the door, and after a quick temperature check, citizens are ushered through the gymnasium, where an elaborate network of orange, plastic piping and road cones direct traffic from the initial paperwork to a nasal swab.

The Acushnet EMA has taken an especially active role in town since the pandemic hit. In a typical year, the agency functions like a support system, providing traffic control and setting up lighting during popular events, such as road races or the Acushet Apple-Peach Festival. They also educate the public, whether it’s through its Facebook page or through safety presentations at the Acushnet Council on Aging.

“If we can get people ready or educated on what to do prior to an emergency, it’s our way of saving lives,” said Edward Caron, Deputy Director of Acushnet EMA. “It makes the town more resilient against disaster. That’s our mission.”

But, soon after COVID-19 upended everyday life in March 2020, EMA switched its focus to pandemic relief. Caron said EMA heard from the council on aging not long after the nation declared a state of emergency because Coastline’s Meals on Wheels numbers were steadily increasing at the time, and widespread panic buying left grocery store shelves bare.

“We wanted to help our townspeople. We did that for about three months until things calmed down and more volunteers came in,” Caron said. 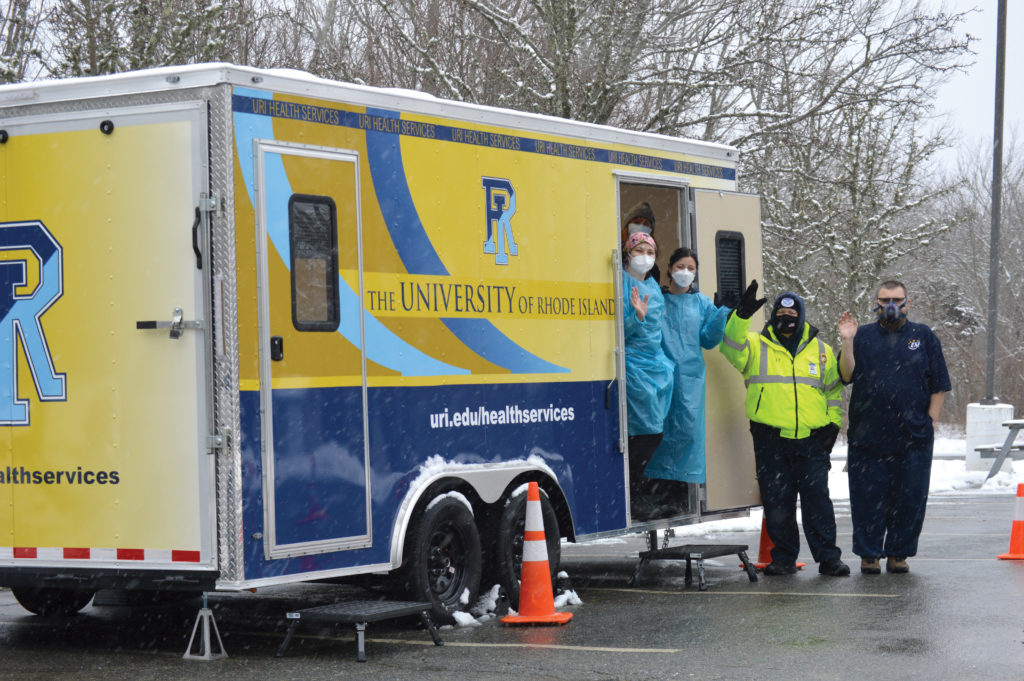 The COVID-19 testing van, acquired from the University of Rhode Island, is stationed outside the Acushnet COA on Fridays.

During the summer months, the EMA was back at the council on aging, this time helping them distribute boxes of food. The school department, along with the COA and PACE, participated in the USDA Farm to Families Program. Across 15 weeks, the team assisted about 625 families via a drive-through food distribution system.

“I think we’ve all become like family,” said Acushnet COA Director Heather Sylvia, who has also been part of the town’s ongoing testing effort. “One phone call, and they’re there.”

By fall, the community’s pandemic response had shifted to COVID-19 testing for Acushnet residents. Acushnet Fire and Emergency Medical Services Director Kevin Gallagher said testing started in the elementary school’s parking lot, but they knew the effort would be short-lived with winter coming.

The operation migrated inside the school on Saturdays, and on Fridays, the town offers tests at the Acushnet COA via a newly acquired van.

Late last year, Gallagher heard a news report that the University of Rhode Island had purchased a mobile testing van, but later abandoned the project. The van, decked out in URI’s colors (navy blue and gold), came complete with two exam rooms, and it has heat, ventilation, and lighting.

Even during a snowstorm that swept through the area on Feb. 19, Caron was ushering people inside the two testing rooms on either side of the van. Sylvia and members of Acushnet Fire & EMS were filling out paperwork and swabbing noses. (At the urging of the COA director, Senior Scope’s editor had a test. The test was painless, took all of five seconds and came back negative.)

Gallagher described the pandemic as the single greatest challenge the town has faced in the 34 years he’s spent with the fire department.

“Every emergency starts and ends locally. We have all these different departments that kind of do their own thing until there’s a larger need, and then we have a tradition of everyone just coming together,” Gallagher said.

“We’re trying to do the best job that we can despite the circumstances. It takes all hands on deck to pull that off.”

Now with the rollout of the COVID-19 vaccine occurring throughout the nation, Gallagher had anticipated the Town of Acushnet would be able to administer vaccines in a similar fashion to the testing effort. However, with limited supplies of the vaccine to distribute, the state ultimately opted to send residents to larger, state-run distribution sites, much to the disappointment of the town.

That setback, however, does little to change the amount of work the Town of Acushnet had already applied to the major challenges brought on by the pandemic.

Back on Jan. 29, when the temperature outside was below freezing, Acushnet EMA once again received a call from the COA asking for assistance with Meals on Wheels delivery. Caron and his colleague Donna Lake were back at it, bundled beneath neon yellow jackets.