Trudy Coito (right) helps a student check out a book from the school library at Sgt. William Carney Memorial Academy Elementary School. Since October 2018, volunteers have been reorganizing the library to make the space more user-friendly for students. Volunteers will now serve as librarians.

This article originally appeared in the April 2019 edition of Senior Scope. Article and photos by Seth Thomas.

Students at Carney Academy will have an easier time finding the inspiration to read thanks to a months’ long effort by volunteers.

Without a formal librarian to monitor the space, the library became disorderly over the years. But following 14 weeks of reorganizing, the student library located at Sgt. William Carney Memorial Academy Elementary School in New Bedford has been revitalized.

Now, as part of the project, volunteers like Trudy Coito will be running the library and ensuring that students will be able to borrow books and have a formal place in the school to read.

Angie Green, an AmeriCorps VISTA based out of UMass Dartmouth’s Leduc Center for Civic Engagement, organized the effort. The AmeriCorps VISTA program (initially founded as Volunteers in Service to America) is a national service aiming to eradicate poverty.

While the library was previously open and useable, the space was largely unorganized.

“When I first walked in, it was a little daunting. There were books on top of bookshelves, books in random boxes, books in stacks everywhere,” said Green.

Green met with several librarians throughout the region to get a feel for how elementary school libraries operate and how to best organize books for young readers. The fiction section, which is stretched across the length of the library, was organized based on reading level. The non-fiction section was categorized by subject. Books will be loaned out using a simple card-swapping system. 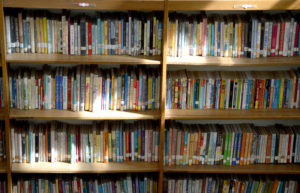 Coito said she felt slightly overwhelmed after joining the revitalization effort last year.
“My first thought was, “Where do we start?!” she said. “A couple weeks ago, you couldn’t even see the front desk because of all of the books on top.”

The project began on Oct. 30, and from there, two days a week, volunteers would visit the library for two hours in the afternoon. The volunteers finished on Feb. 7 and now the library is accepting students.

Nationally, only 35 percent of public school students can read at or above a proficient level in grade-four reading, according to data from the U.S. Department of Education.
A report from the Annie E. Casey Foundation, which analyzed data over time from 4,000 students nationally, found that students who do not read proficiently by the third grade are four times more likely to drop out of high school, which leads to less earning potential over time. 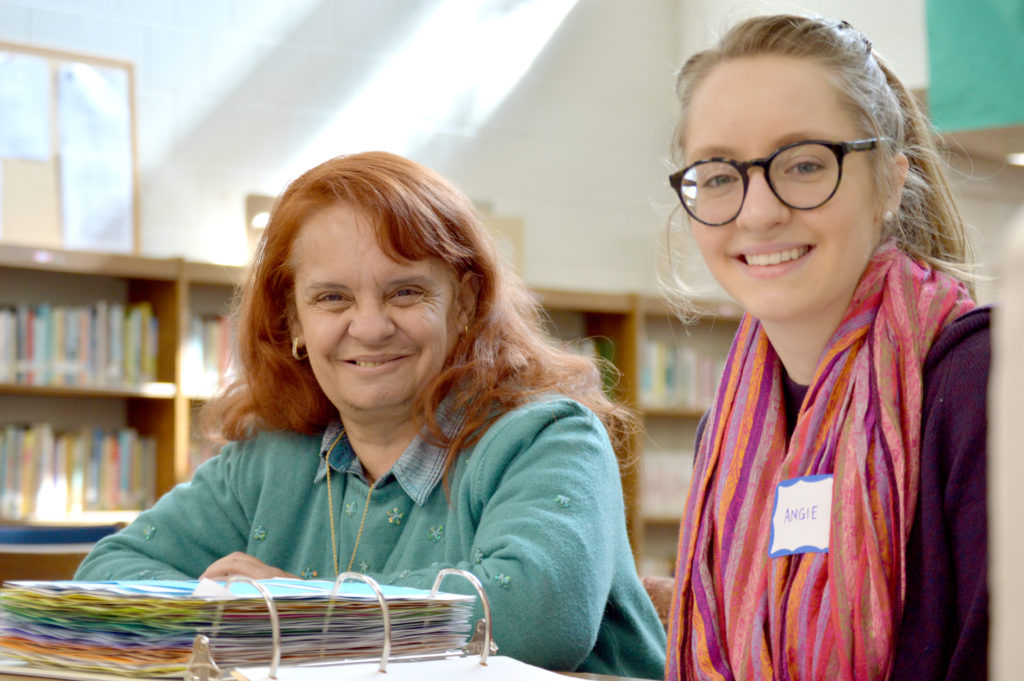 Research has shown that more time allotted for reading enables struggling readers to become proficient, leading to more success in the classroom.

“The ideal volunteer is someone who would be available on Mondays and Wednesdays between 9 a.m. and 2 p.m. and who can commit to one shift every week,” said Green. “We’re looking for regular volunteers who can come in, know the space, know what to expect and then start building a report with students.”

“Volunteers are a multifaceted resource throughout a school,” said Reidy. “Carney staff and students welcome and appreciate all the hard work that volunteers provide at Carney Academy. It takes a village to raise a child and with the assistance from Coastline, we are one step closer.”

Coito said she, too, is apreciative of her volunteer experience. “I love to volunteer because I’m a firm believer that you should be helping those who are helping others,” said Coito. “It’s not just that I’m helping them out; they’re helping me out because I have memory loss.”

Coito said that participating in a project that required an attention to detail helped with her memory issues, which she’s experienced for the past decade. In addition to the library, she also volunteers at the Salvation Army and the New Bedford Symphony.

For Green, who will be with the AmeriCorps VISTA program through July, the library stands as an example of the power of volunteer labor.

“A student being able to read for twenty minutes will slowly add up over time,” said Green. “Every volunteer counts, and every hour that you can give counts. You give back to your community, and your community gives back to you.”

“It’s the greatest feeling being there for the children,” said Coito. “This is all I’ve talked about. I’m just so excited about it.”