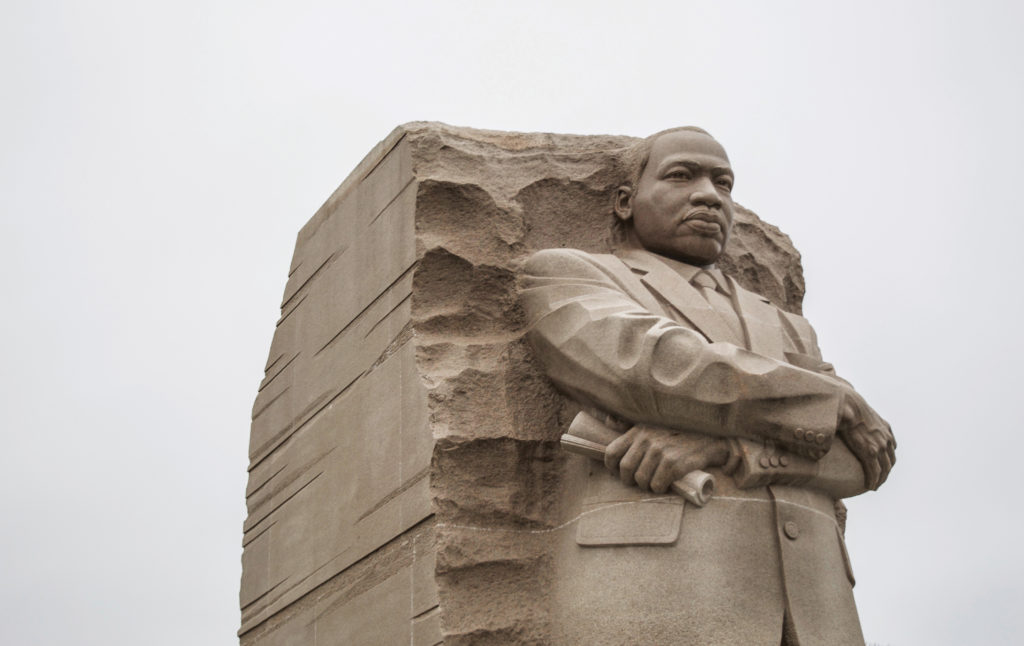 When Ezell Blair was first asked about sitting down at a whites-only lunch counter in 1960, there were many reasons the young black college student might have said no.

As he tells it now, Blair was in his dormitory room at the time, thinking about his course work, his school responsibilities, and his parents’ expectations. His grades had been dropping and his dad had forcefully suggested he might end up in the Army the next semester, if nothing changed.

Staring at his books, he recalls his friends questioning each other, “Are you a chicken?” finally surrounding him “like a specimen on a table,” and repeating the question, as they all worked up their courage to “shake things up in Greensboro.”

But tempted though he might have been, Blair, who later changed his name to Jibreel Khazan, moved to the SouthCoast, and earned his Ph.D., didn’t say no to the idea. Instead, he said yes and with his friends started a sit-in movement that resonated across the country leading to the removal of the racial segregation policy at the Woolworth department store chain in the southern U.S. and beyond.

The friends became known as the Greensboro Four and their actions that Feb. 1st sparked a sit-in movement that grew to 70,000 participants.

Dr. Khazan retold his story with passion and detail to participants on Bristol Community College’s Martin Luther King Jr. Day celebration last month. In his remarks, he spoke about his family support, his faith, and how many small incidents and synchronicities took place in those days to make him feel like his and his friends’ actions were aligned with a greater purpose.

“That was the day God sent us and we did the best we could,” he said.

Once they’d decided to act, Dr. Khazan explained how he brought his friends home to speak with his parents. “We’re going to have a sit in at Woolworth’s and ask for equal service at the white counter,” they told his mother. “We’re going to be nonviolent.”

“I hope you’re going to be nonviolent,” his mother responded. “So, what’s going to happen if you get arrested?”

“Well, we plan to go to jail,” Dr. Khazan answered.

On his way home that evening, Dr. Khazan saw two shooting stars in the sky, a sign of God, his great-great-grandmother had taught him. Although he tossed and turned all night, he got up the next day and met his friends at the library so they could go into town together.

The foursome bought a few items at Woolworth’s before heading to the whites-only lunch counter where they sat down and asked to be served.

They were polite, Dr. Khazan said.

When a white woman asked them what they wanted, saying, ‘You know we don’t serve colored people here,” Khazan said they responded calmly, “We’d like to be served, please.”

Again, when they were asked to move to the “colored” counter, they answered, “Thank you very much. We’d rather sit here.”

By the next day, when they returned to continue their sit-in, they had more than doubled their numbers, with 16-20 people joining in. And the numbers continued to grow from there, not just in Greensboro, but in cities across the U.S.

Although there had been sit-ins before 1960, this one in Greensboro, with Dr. Khazan, Frank McCain, Joseph McNeil, and David Richmond, is credited with igniting the movement that led to change.

Civil Rights leader, Diane Nash, who was also a college student at the time the Greensboro Four began sitting, remembers joining the cause because not acting wasn’t an option.

“The truth is I was afraid the whole time,” she said in a documentary called Reflections on the Greensboro Lunch Counter. “But the choice was to do what was necessary to end segregation, or to tolerate segregation, and that was just not acceptable.”

When asked what he’d say to activists today who are taking a stand for their rights, Dr. Khazan advised learning to meditate and continuing to stand up for equal rights, especially voting rights.

Robert Delaleu, diversity, equity, and inclusion leader at Bristol Community College, thanked Dr.  Khazan for his work and expressed his personal reaction to hearing his words.

“Thank you on behalf of BCC,” he said. “Myself, as a black man, being able to sit here because of those who have paved the way such as yourself and Dr. King….I get emotional just thinking about it.”