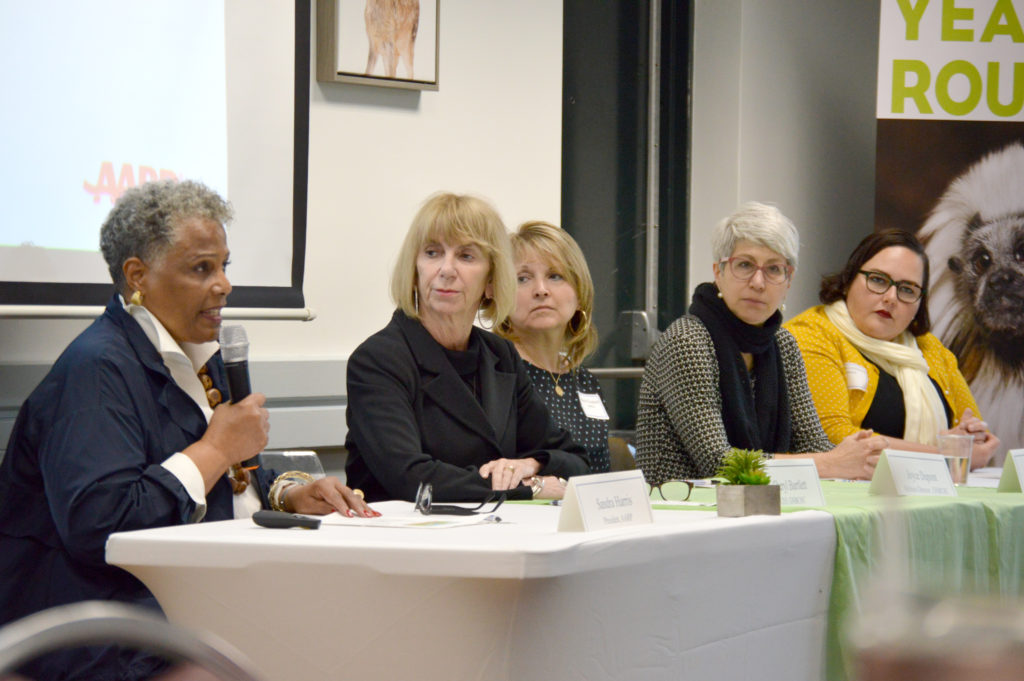 This article originally appeared in the April 2019 edition of Senior Scope. Article and photos by Seth Thomas.

Since the AARP designated New Bedford an “age-friendly community” last summer, officials have been taking steps to make the city a better place to age. Coastline and the City of New Bedford hosted an event for legislators at Buttonwood Zoo on March 22, where guest speakers provided an overview on the movement and gave updates on their work thus far.

The “age-friendly” initiative is a project of AARP and the World Health Organization (WHO) that launched in 2006 and has since expanded to 20 nations. The effort aims to prepare cities and towns for a rapidly aging population and increased urbanization.

According to the AARP, an age-friendly community is one that is safe, secure, inclusive has affordable housing and transportation options, and offers support services.

“Age-friendly enables people to continue to do the things that they value,” said Sandra Harris, President of AARP Massachusetts. “As an affiliate of the World Health Organization, the AARP works with local officials and organizations to identify communities for membership in the network. We do not do the work; we guide the communities through the process.”

Recognizing the need to prepare for changing demographics in the Commonwealth, Governor Baker announced the enrollment of the state into the network of age-friendly communities in January 2018. Massachusetts was the second state to enroll, following New York.

“New Bedford set the stage in the South Coast by becoming the fourth city in the state to become age-friendly. It’s our hope that the rest of the South Coast will follow suit,” said Debra Lee, Director of New Bedford’s Council on Aging, during the event. 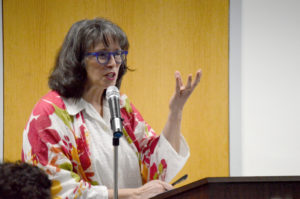 Nora Moreno Cargie, President of Tufts Health Plan Foundation, talked about the evolution and expansion of the age-friendly movement throughout Massachusetts.

Nora Moreno Cargie, President of the Tufts Health Plan Foundation, said that five years ago there were only a handful of communities pursuing the project. As of March 2019, there are 48 communities across the state enrolled in the AARP network of age-friendly communities. More than 70 cities and towns are in the process of attaining the designation, including Dartmouth and Mattapoisett. Acushnet and Marion recently received the designation.

“People are looking to our communities as examples,” said Cargie. “[The movement] will effect what matters most to people, which is making communities stronger, services accessible, social engagement possible, and the health of our neighborhoods attainable.”

More than two dozen people representing various agencies, nonprofits and municipal departments are meeting regularly to focus on these seven areas and to ensure that steps in the action plan are being carried out. During the event at Buttonwood, several representatives from the team offered updates and discussed future plans.

“We’re working on expanding the availability of evidence-based programs that help seniors live at home for as long as possible,” said Joyce Dupont, Wellness Director from the Greater New Bedford Community Health Center. “These programs help with memory and chronic disease management.”

She also discussed the upcoming oral cancer screening sessions happening in April. The team focused on oral health because many seniors in the area have identified dental care as one of their greatest needs. At the events in April, there will be SHINE counselors present who can help answer questions about dental insurance.

Mary Rapoza, Director of Parks, Recreation and Beaches in New Bedford, said the Parks Department has been looking at boosting overall accessibility at local beaches and parks as well as making the journey to those locations easier.

For example, Rapoza pointed to improved lighting and a new walkway into Hazelwood Park from Brock Avenue. The Parks Department is also looking to improve wheelchair accessibility at West Beach. Starting this spring, the City will add new programing, including bowling on the green (or lawn bowling) at Hazelwood.

Angie Constantino, Senior Transportation Planner at SRPEDD, said she’s looking at making the overall experience on the bus more user-friendly. Part of that effort will include the expansion of tools riders can use, including online bus routes and individualized, location-based schedules.

“One thing we’re working on is an outreach event at Buttonwood Senior Center,” said Constantino. “The event is planned for May and will include the ability to sign up for senior Charlie Cards directly at the event. We’re also going to have a lot of education on schedules and how to ride the bus. We’re planning on bringing a bus to the senior center.”